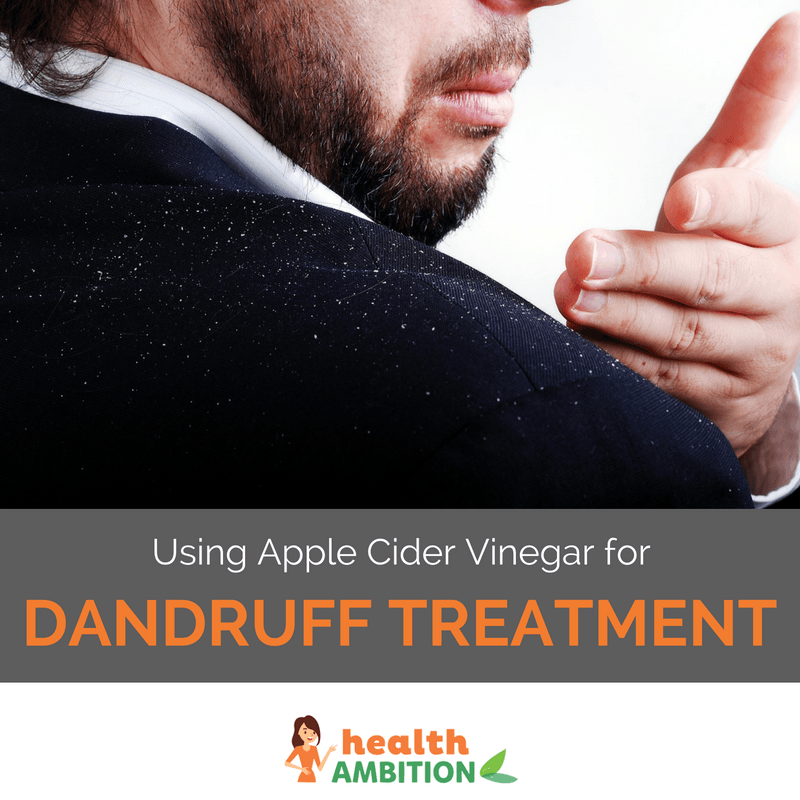 Dandruff is a common affliction that many people suffer from, and there are many causes for the flaky and itchy skin that bothers many a scalp on a daily basis.

While many people choose to use traditional methods of treating their dandruff by using specialty shampoos and tar-based remedies, these expensive cures often don’t have long-term benefits, and don’t quell the underlying causes of dandruff in the first place.

What Causes Dandruff in the First Place?

In order to treat dandruff successfully, you should know what is causing your issue in the first place. If your dandruff is accompanied by bleeding, severe itching, or an odor, then your dandruff is most likely caused by too much oil being produced on the scalp, which can lead to bacteria buildup. This in turn leads to irritated skin that is flaky, dry, and very itchy.

Dandruff that is severe in nature is normally caused by a yeast-like fungus that is ever-present in every person’s scalp, but exists in abundance in certain individuals and you may be one of them. Allergies, stress, and other factors can make this fungus, known medically as Pityrosporum ovale, to flare up and cause the scaling, itchiness, and embarrassing skin sloughing that dandruff is so known for.

Contrary to popular belief, dandruff is not caused by over-shampooing the hair or not drinking enough water, so wash away. Rather, dandruff is caused by separate imbalances in the skin that must be treated in order to make the dandruff stop. Using apple cider vinegar for dandruff can help you manage both your symptoms and the cause of this condition so you can lead a more normal lifestyle.

Apple cider vinegar has been used for centuries for a variety of uses, from preserving foods to treating many medical maladies. Since ACV is a great anti-inflammatory and anti-bacterial aid, it’s a perfect tool for not only treating the agony associated with dandruff, but in treating the excess bacteria and yeast-like fungus that make dandruff reoccur as well.

Since apple cider vinegar doesn’t contain harsh chemicals and specifically targets the cause of dandruff, many victims of dandruff find quick and effective relief using ACV in their daily hygiene.

As you use an apple cider vinegar cure for dandruff, you can see positive results within a few days to a week of use, depending on how severe your symptoms are and how you are using ACV to treat your itchy scalp. For the best results, you¬ should use an undiluted version of apple cider vinegar and avoid using non-organic varieties.

Ways to Use Apple Cider Vinegar for Dandruff Relief

For mild dandruff, a weekly rinse of equal parts cool water and apple cider vinegar massaged into the scalp should help manage the overly oily skin and keep nasty bacteria and skin flaking at bay.

Moderate dandruff, or dandruff that occurs a few times a week or more, can be treated by applying a cup of apple cider vinegar to your daily shampoo and mixing the concoction together for daily use. This way, you are always using the best defense against dandruff and the side effects that come along with it.

For severe symptoms, there is another way to use an apple cider vinegar cure for dandruff. Apple cider vinegar can be massaged directly into the scalp every other day for a week until symptoms subside to help treat the fungus that makes the skin flare up and scale.

You should pay attention, however, to possible side effects of this method, which includes dry hair and burning of the scalp if open sores are present. For sensitive scalps, apple cider vinegar should be slightly diluted with water to lessen its impact on the scalp, or used with a shampoo that contains selenium to best combat stubborn dandruff.

In addition to applying a direct ACV rinse of the hair, people who suffer from severe dandruff can combine other natural remedies with their apple cider vinegar for optimum results and quick relief.

Tea tree oil works much like apple cider vinegar does, and helps to reduce or even eliminate the bacteria and fungus that makes dandruff so severe. A few drops of tea tree oil mixed with apple cider vinegar either in shampoo, water, or applied directly on the scalp can help reduce symptoms even more quickly and get dandruff under control.

Honey is another remedy that you can use in addition to apple cider vinegar for dandruff. Honey has a soothing effect on the scalp and also contains anti-bacterial and anti-inflammatory properties, making it the perfect addition to an AVC scalp treatment for you if you are experiencing painful scalp issues or very itchy skin.

Honey can help treat the burning and itching while treating the initial problem of the dandruff at the same time, allowing the apple cider vinegar to do its job without causing more discomfort to your scalp while using it.

For best results, make sure you are using a natural anti-dandruff shampoo that is free of harsh chemicals in addition to using ACV if you have severe dandruff symptoms. This way, especially if you use organic shampoos, you can know that you are using the best defense possible against nasty dandruff and the irritating symptoms that come along with it.

Apple cider vinegar for dandruff is a great way to help manage dandruff symptoms and problems without using harsh chemicals. You can experiment with the many ways ACV can be used to treat dandruff to find the right remedy for yourself, and can quickly learn that apple cider vinegar works as well or better than the chemical methods they are used to.

Cheap, easily accessible, and safe to use on the body, apple cider vinegar continues to be a health staple for many people, both internally and externally.