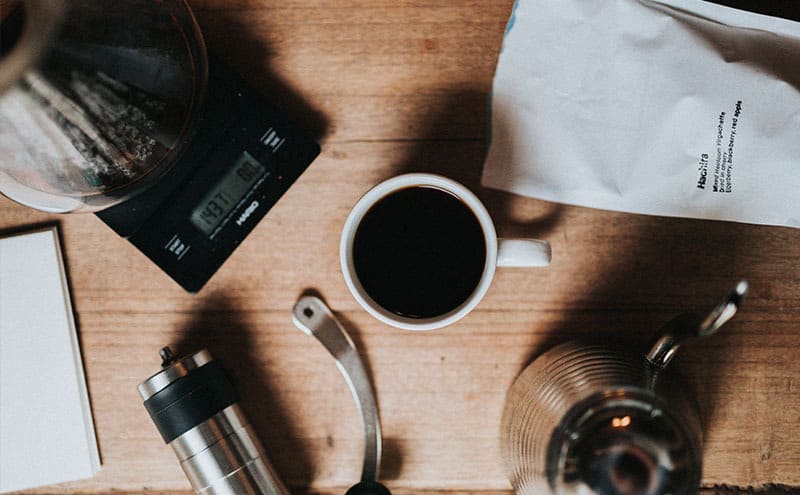 I love the smell of freshly brewed coffee in the morning, in fact I would say I can’t face the day without that caffeine fix. When running late, I’ve even been known to put my coffee in a to-go cup to drink on the way to work. However I don’t think of myself as a caffeine addict, am I just in denial?

Is caffeine addiction a real problem? What health issues can too much caffeine cause? What are the withdrawal symptoms? And finally, this article will look at how we can cut down on our caffeine and prevent dependence.

Caffeine: The World’s Number One Stimulant

With the rise in popularity of caffeine-based energy drinks and trendy coffee houses, caffeine is seen by many as the hottest thing since rock and roll. Trendy hipsters serving the coffee are no longer known as waiters but are now called baristas. Only recently Robbie Williams, one of Britain’s biggest rock stars, booked into rehab with a caffeine addiction, claiming he often downed 36 double espressos a day alongside 20 Red Bulls! I’m having palpitations just thinking about that! (source)

Caffeine is often referred to as the most widely used drug in the world. In the United States, 90 percent of adults use it on a regular basis with an average consumption of more than 200 mg of caffeine per day. (source) It’s not just adults that consume too much caffeine: it is also present in many of the soft drinks your kids might be addicted to.

Caffeine is found in the leaves, seeds or fruits of more than 60 different plants, with coffee beans, cocoa beans, kola nuts and tea leaves being the most common. Other sources of caffeine include weight loss and fitness supplements, which often use the caffeine for extra energy, and that ever expanding energy drinks sector. In 2016 the sales of energy drinks in the US reached $25 billion, the majority of drinks included caffeine as a key ingredient. (source) 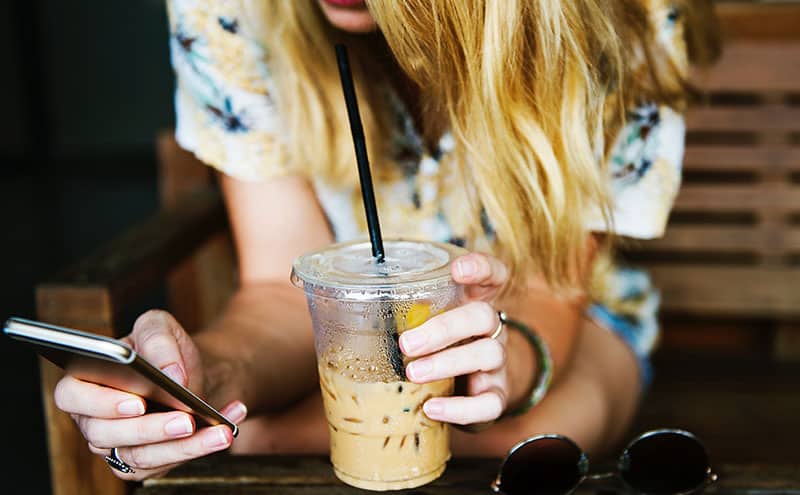 There has been much debate over the years by healthcare experts as to whether caffeine has the same addictive properties as alcohol, cigarettes or class-A drugs. In fact, a recent survey revealed that only 58 percent of addiction professionals believe that a person can develop a dependence on caffeine. (source) Although the World Health Organisation(WHO) have recognized caffeine dependence as a clinical disorder, the US published DSM-5(Diagnostic and Statistical Manual of Mental Disorders 5th Edition) only includes caffeine in the appendix for further investigation.

Caffeine doesn’t stimulate the area of the brain linked with reward and motivation to the same extent that amphetamines, cocaine and nicotine do. Heavy consumers of caffeine are not considered a threat to themselves or society in the same way illicit drug users are. And most caffeine users do not require professional or medical help to kick their caffeine habit.

There is a difference between physical dependence on a substance and addiction. The case for caffeine addiction is gathering steam with a recent study sponsored by the National Institute on Drug Abuse confirming that caffeine is addictive. To be considered an addict a person must meet four criteria:

Although millions of Americans claim to be addicted to caffeine, the majority of them are only physically dependent on caffeine rather than true addicts. The study concluded that only a small but as yet unknown percentage of Americans are true caffeine addicts. (source)

Personally, I enjoy the taste of a good cup of Joe and would even consider myself a bit of a coffee connoisseur, but I will also admit enjoying the kick it gives. Most people know caffeine for its effects on the brain – where it can help increase alertness, concentration and motivation to work. Many times as a student I even took easily available caffeine pills to pull an all-nighter with an essay deadline looming.

Caffeine’s chemical structure closely resembles that of adenosine, a chemical that has a relaxing effect on the central nervous system. Caffeine can fit into receptors in the brain made for adenosine and block out the feelings of tiredness when adenosine binds to these receptors. The blocked receptors also encourage the release of other natural stimulants like dopamine which can further increase alertness and reduce feelings of tiredness. (source)

Caffeine can become physically addictive when the brain responds to regular consumption by increasing the number of receptors to compensate for those blocked by caffeine. This need for more caffeine can explain why some people build up a tolerance and want a more intense or bigger “caffeine fix”.

Reducing your caffeine intake can leave the brain with significant free unblocked adenosine receptors. This may lead to the strong feelings of tiredness often associated with going cold turkey. 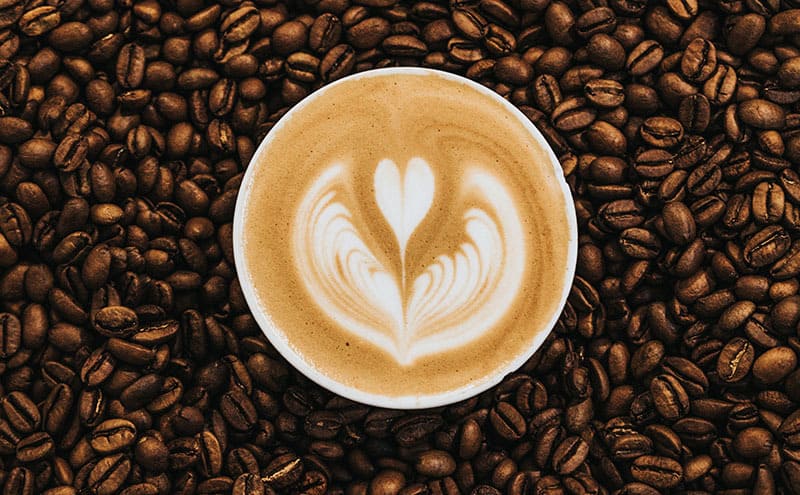 The Health Risks of Too Much Caffeine

Despite being declared safe for consumption by the FDA, there have been many studies that highlight the harmful effects of caffeine. As well as the more commonly known insomnia, caffeine can lead to high blood pressure, cardiac health issues including an increased risk of heart attack and mental health problems like anxiety and depression. Caffeine has also been linked to lower fertility in women and has been reported to impair glucose metabolism for type 2 diabetics. (source)

Excessive caffeine consumption more commonly leads to headaches, insomnia, incontinence and even obesity. The caffeine found in many sugary soft drinks or energy based drinks can often lead to people consuming more of the them. (source) Some people may even have a caffeine allergy or a lower tolerance which can lead to caffeine overdose. Despite not being listed in the DSM-5-physicians manual as a mental disorder yet, caffeine intoxication is included as a diagnosis.

The Benefits of Caffeine

It’s not all bad news for your morning cup of coffee though. Unlike most other addictions, caffeine can actually have certain health benefits. As well as keeping you awake and alert, research has shown that coffee can improve the brain function and may reduce the risk of Alzheimer’s disease. (source)

Caffeine is also known to boost your metabolism and increase the fat burning rate. Caffeine mixed with carbs can help replenish muscle glycogen faster after exercise and studies have shown that caffeine can relieve post-workout muscle gain by up to 48 percent. (source)

Other health benefits include caffeine as a liver cleanser, to stimulate hair growth, to protect against cataracts and even helping to prevent kidney stones. Although too much caffeine has been known to impair glucose metabolism in type 2 diabetics, studies have also shown for some people regularly drinking caffeinated drinks can reduce the risk of heart disease and type 2 diabetes. (source)

The key to good health as usual is moderation. Drinking coffee, tea or energy drinks in moderation could improve your health. You should also be wary of hidden sources of caffeine like health supplements or slimming aids. Some manufacturers also add caffeine to food products for that feel good feeling after eating.

Headaches and fatigue are the most common symptoms that occur in about 50 percent of people experiencing caffeine withdrawal. Other symptoms can include but not limited to:

Caffeine withdrawal can be a very unpleasant experience. Fortunately for most consumers it should only last about a week, but for heavier users, especially those consuming 1000 mg or more daily, it can last two months or more. However, the worst symptoms usually subside after the first week.

Some people believe that high levels of caffeine can permanently change the chemistry of their brain. The changes in the dopamine levels that occur with daily caffeine may take longer, or never revert back to usual levels.

When it comes to quitting caffeine cold turkey, the symptoms don’t tend to last as long and are much milder than those linked to stronger addictions. Normally caffeine cessation is achieved without any professional help. It’s very rare for somebody to enter a rehab clinic for caffeine addiction, although it does happen as we saw with poor old Robbie!

Who Should be Cutting Down on Coffee or Caffeine?

Drinking coffee or other caffeine based drinks can also be a behavioral addiction with \social gatherings taking place at the local Starbucks or many a night out fueled by Redbull and vodka. Even that early morning ritual of a fresh espresso can be considered a habit or addiction. These addictions are easier to beat, but you should still be careful to stick within daily recommended limits for caffeine consumption.

The US Department of Health recommends that you should limit your daily caffeine kick to 400 mg of caffeine per day, roughly equivalent to four to five cups of coffee. (source) For some individual should limit their caffeine intake to smaller amounts or even cut it out completely.

Caffeine can make anxiety or insomnia worse for some people and may cause jitteriness and heart palpitations for people already suffering from stress or hypertension. (source) Caffeine can also slightly raise blood pressure levels, so anybody with higher blood pressures should consider avoiding caffeine. 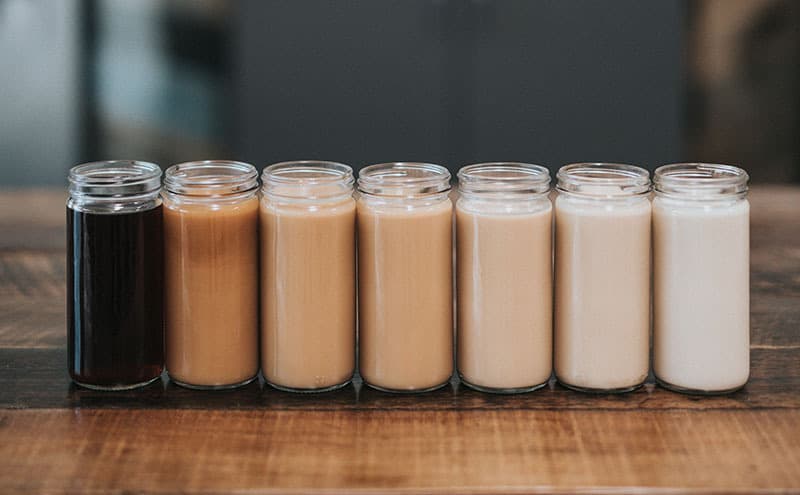 Ways to Beat Your Caffeine Addiction

There are a good deal of caffeine free products now available on the market and most major coffee chains offer decent decaffeinated options. Larger soft drinks brands now label many of their products as caffeine free and you can always check the label of others. Some energy drinks use other ingredients including taurine or glucose in higher qualities than caffeine than many others, normally an FDA approved label must state the active ingredients.

Try drinking naturally low caffeine drinks like green tea or fruit infusions rather than a cup of coffee. You may be surprised at how good they can taste and still leave you feeling refreshed. If you prefer a milky latte then try substituting it with hot chocolate or chai latte. No need to change all your drinks, just one at time will help avoid cold turkey or withdrawal symptoms.

Your body will also need to adapt to less caffeine. Research has shown a 20 minute power nap, or siesta, is far more effective in recharging your inner batteries. (source) Try to avoid filling up with carbs at lunchtime as this will leave you feeling fatigued in the afternoon. Introduce some more energy replenishing protein into your lunches to replace that caffeine kick.

Like me, you may consider your coffee consumption benign and as long as it’s not affecting your health with dizzy spells, headaches or muscular aches, it probably is. Most people enjoy a good quality coffee or a fizzy energy drink mixer with their vodka at the weekend, it’s when you start substituting them for sleep or balanced nutrition that the problems may arise. By carefully monitoring your caffeine levels you can hopefully avoid a caffeine addiction problem and the painful withdrawal symptoms that follow.