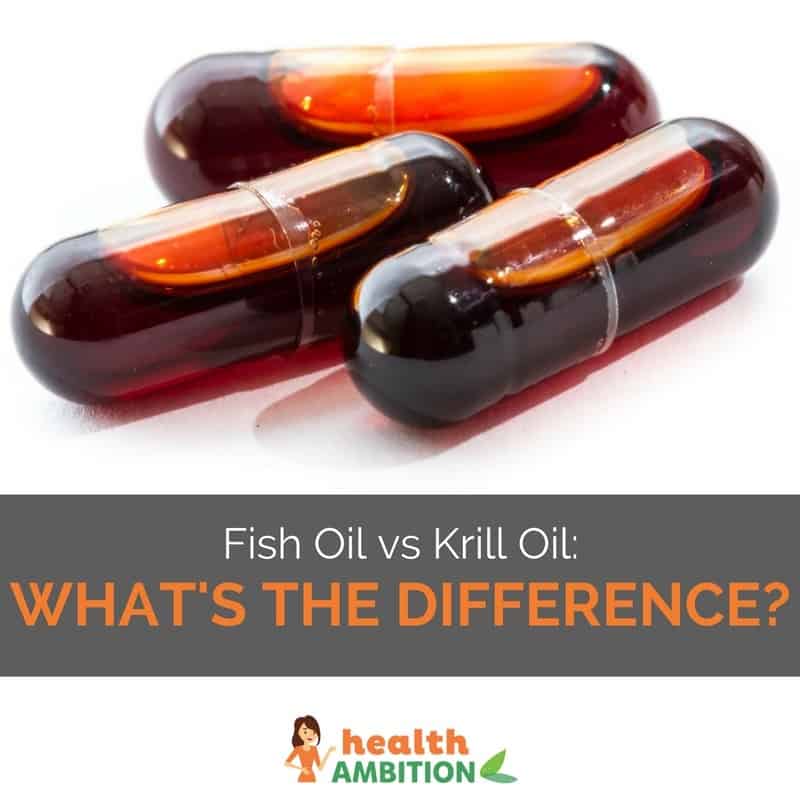 With so much discussion in the health world about how good omega-3 fatty acids are for us, lots of people have considered trying an omega-3 supplement. But with so many to choose from, as well as some being offered as fish oil and some as krill oil, it can be incredibly confusing.

So what is the difference between fish oil and krill oil? I’m going to explain everything you need to know in this article.

For most people looking for a good quality omega-3 supplement, the choice is between high quality fish oil or krill oil. More often than not, the only thing most people know about the difference between the two is that krill oil is usually more expensive.

But why are krill oil products coming in at a higher cost? Are they a superior product or simply fancy marketing designed to get more pennies from the consumer’s pockets? As the new supplement on the block, these little red pills have lots of people talking, but let’s cut through the hype and look at the facts when it comes to differences between fish oil and krill oil.

Both fish oil and krill oil are sources of omega-3 fatty acids. When these are consumed they are broken down into DHA (docosahexaenoic acid) and EPA (eicosapentaenoic acid). EPA and DHA are responsible for a number of functions within the body and offer a whole host of both physical and mental health benefits.

Significant research has been done in the area of omega-3 health benefits. Findings have been promising when it comes to conditions such as cancer, cardiovascular disease, ADHD and depression.

EPA and DHA are also incredibly important for the development of vision and brain function in children. Since a large proportion of Americans do not get anywhere near a sufficient enough supply of dietary omega-3 fatty acids, taking one is probably a good idea for most people.

Where Does Fish Oil Come From?

Fish oil is harvested from cold water, oily fish. These can either be deep-water farmed or caught wild.

Where Does Krill Oil Come From?

Krill (Euphausia superba) are small crustaceans which are similar in appearance to shrimps (you know, the really cute little guys in ‘Finding Nemo’)

They feed on plankton and are found in oceans throughout the world, However most of the ones harvested are found in Antarctica. Krill are the main diet for whales, seabirds and even small fish.

Krill exist in incredibly large numbers. In fact, the mass of krill living in the Antarctic ocean is more than 500,000,000 tons.

Is Fish a Sustainable Source of Omega-3s?

Since the 1950s when large scale fishing started, more than 90% of large fish species have been fished out and used for human consumption and fish oil.

Are Krill a Sustainable Source of Omega-3s?

Due to the sheer volume of krill in the oceans, there is a large amount of renewable krill which can easily supply both natural predators as well as humans.

There is also a catch limit set on the amount of krill that can be caught in the atlantic ocean each year in order to preserve resources. This has been set by the Commission for the Conservation of Antarctic Marine Living Resources (CCAMLR).

From the precautionary annual limit of 6.6 million tons, only 2% of this has been caught per year. Therefore, we could harvest at least 30 times more krill and still be within the guidelines for preservation. 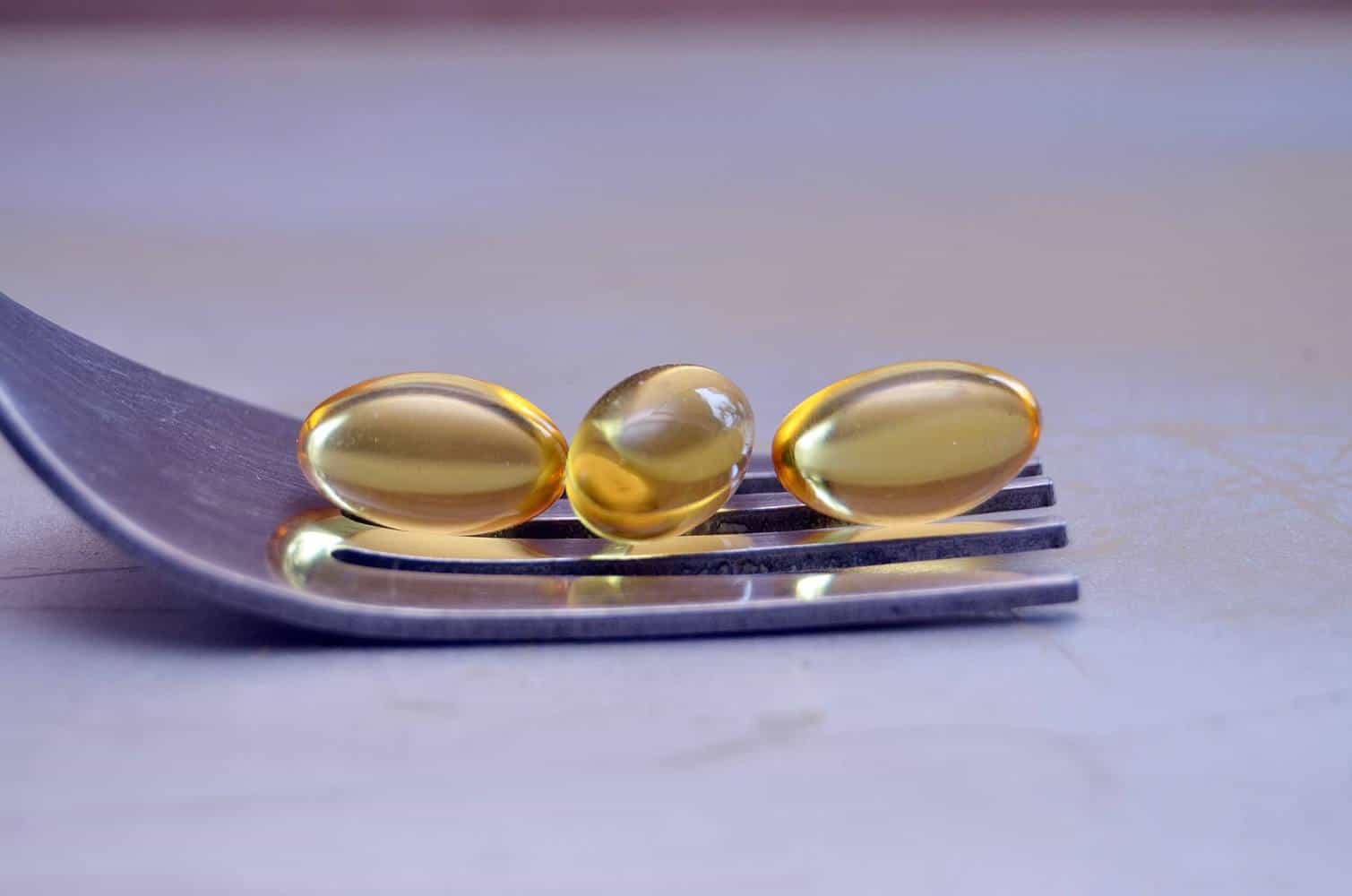 Which is Better For The Environment?

Unfortunately, severe overfishing also endangers other forms of marine life such as whales and dolphins. Over 300,000 of these top predators are thought to die each year simply from becoming entangled in fishing gear.

This causes the reduction of our population and these predators to decrease rapidly.

The catching of krill is also a controversial matter. Many people are concerned that as krill are predominantly a food source for larger marine animals, harvesting krill will affect the current food supply for the marine animal population.

However, where krill is concerned, we only catch around 0.15% of an average whales annual consumption. Meaning that concerns as to whether it is environmentally friendly in regards to taking a whales main food source, is a misconception.

What is the Difference in Nutritional Value Between the Krill Oil and Fish Oil?

Krill oil also has a much higher content of antioxidants. Most notably, astaxanthin. This antioxidant gives crustaceans like krill, crabs, shrimps and lobsters their pinkish, red color.

Fish oil also is prone to rancidity. This is what can cause damaging free radicals to be released into your body.

Are Fish Oil and Krill Oil Both Free From Other Harmful Contaminants?

Fish oil comes from species that can be contaminated by dangerous substances such as:

Krill on the other hand are caught from clean waters which are far from industrial areas.

Why Is Krill Oil More Expensive?

There are a number of factors which affect the manufacturing costs of products. One reason why krill oil products tend to be more expensive is how krill oil is processed.

Both fish and krill need to have the oil processed before decomposition begins after harvesting. With fish, it is around 48-72 hours before the oil begins to decompose. This allows a significant amount of time in order to process the oil.

However, with krill there is rapid decomposition of the oil in as little as 2-3 hours. Therefore, once harvested krill either have to be kept alive in a water tank or frozen in order to allow more time to process the oil.

This all incurs significantly higher costs for manufacturing krill oil which could be one of the reasons why often products are more expensive.

Moreover, as krill are found in Antarctica, it is extremely expensive to send ships there in order to harvest them. This alone will add to the cost of manufacturing krill oil products. 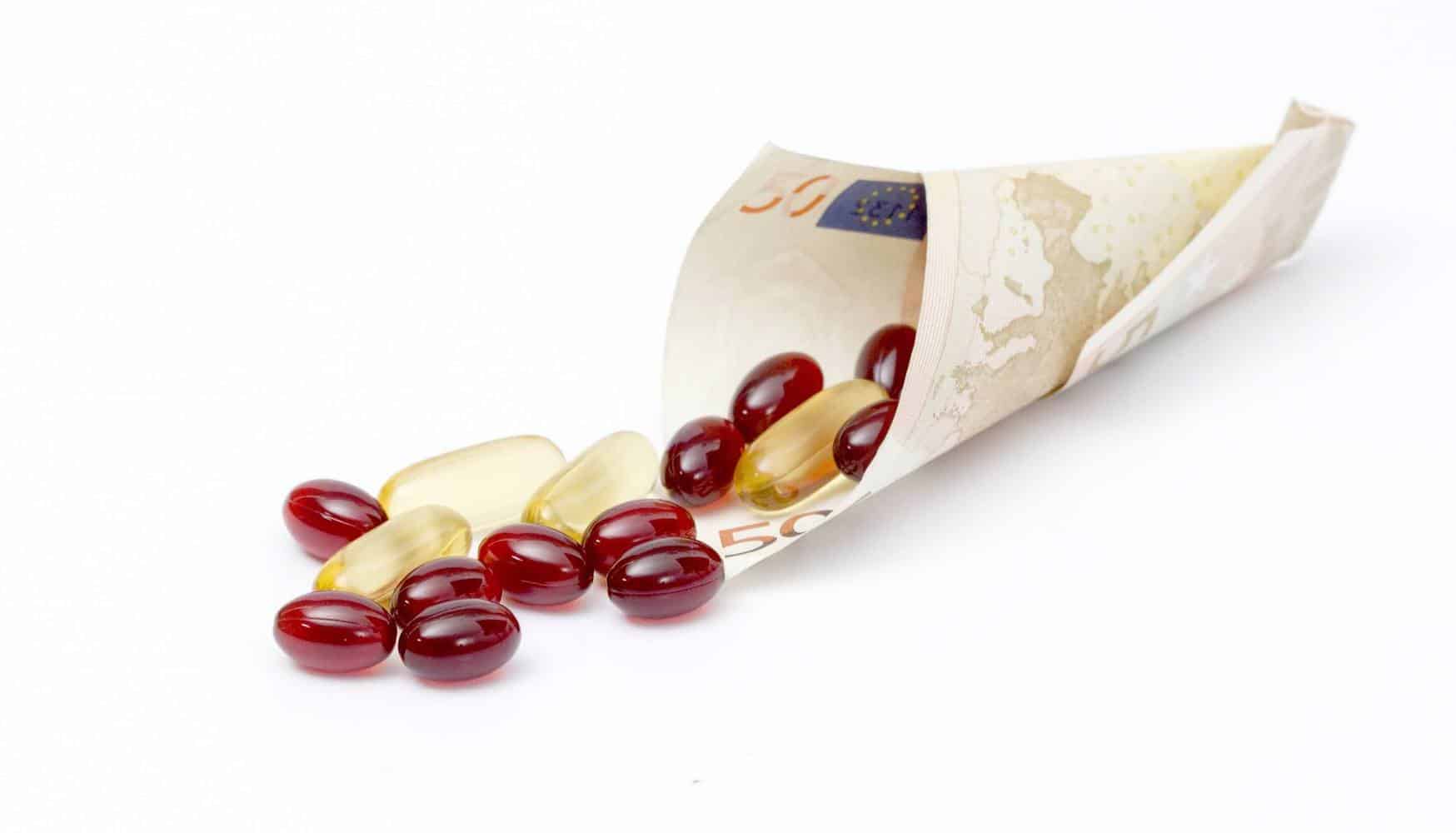 If your choice of krill oil pills seems too good to be true on the price front, they’re likely to be fake. You should beware of of cheaper supplements labeled ‘krill oil’.

Quite often, lower quality manufacturers make a supplement with a small amount of krill oil combined with much larger amounts of low quality fish oil.

You should try and stick to a reputable manufacturer. Viva Naturals is possibly one of the most popular krill oil supplements available. Their krill oil is certified by the CCAMLR (Convention on the Conservation of Antarctic Marine Living Resources).

Also, Antarctic Krill Oil Omega 3 Supplement are another excellent krill oil product. These are actually one of my most recommended products that I think everyone should have in their home.

I always recommend only buying supplements from a manufacturer whose product is made in the USA. Also, a company which follows GMP (good manufacturing practice for pharmaceuticals) means a product you can trust.

Fish Oil vs Krill Oil Which is Better?

At face value, krill oil and fish oil are very similar. Both offer EPA and DHA or omega-3 fatty acids. However, in terms of how the oil is sourced as well as how sustainable it is, krill oil is the better option.

Many health professionals also feel that krill oil is superior in terms of the health benefits, especially when it comes to heart health.

According to the National Center for Disease Control, heart disease is the leading cause of death in the US. With 614,348 deaths in 2014 alone, it is obvious to see that taking steps to promote a healthy heart is something that every American needs to do.

Several studies have shown that supplementation with krill oil specifically can reduce the risk of heart disease. Also, the positive effects can be seen in as little as 4 weeks. (source)

Are There Any Side Effects to Krill Oil and Fish Oil Supplements?

First of all, you should never take any kind of marine oil supplement if you have any allergies to fish or shellfish (or any kind of seafood).

If you have any kind of allergy, always check the label for ingredients just to be sure they will not cause any kind of reaction. You should also check with your pharmacist about using krill oils if you are subject to any of the following:

It is also worth mentioning that krill oils thin your blood. Therefore, you can sometimes experience bruising as a side effect from use of krill oil supplements. If this is to excessive amounts, of course consult your doctor.

Furthermore, this is yet another reason why it is important to take these supplements solely as directed on the label. Do not ever take more than is advised.

There are also a number of medications that may interact with marine oil supplements. If you take any medications regularly (even as simple as birth control pills) consult your doctor before taking any new dietary supplements.

A list of drugs which are most at risk of interacting with marine oil supplements include but are not limited to: 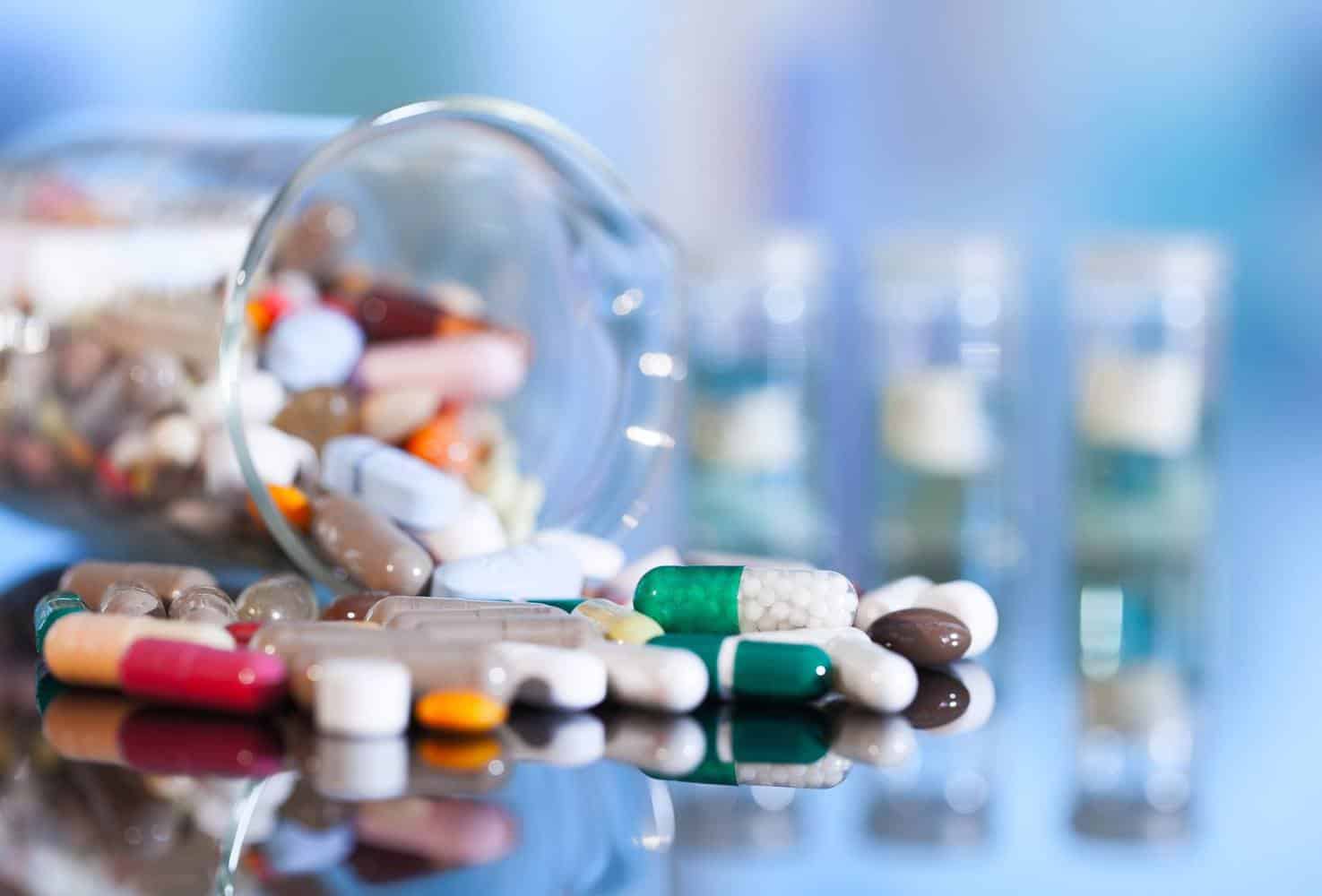 In terms of the differences between fish oil and krill oil I think it is clear to see that krill oil is the superior supplement. However, that is not to say that fish oils should be completely abandoned and are in no way beneficial.

If you are looking to take an omega-3 supplement and krill oil supplements are out of your budget, then fish oils can still be a good choice. Both sets of supplements offer omega-3s which most people’s diets are lacking.

Remember though to always check the label to see exactly what you are buying from when the products was sourced and made, to the ingredients and to how much EPA and DHA is offered per capsule.

Also remember to check with your doctor or pharmacist about the use of marine oil supplements, especially if you are currently using any medication, have any existing medical conditions or allergies or if you are pregnant or trying to conceive.