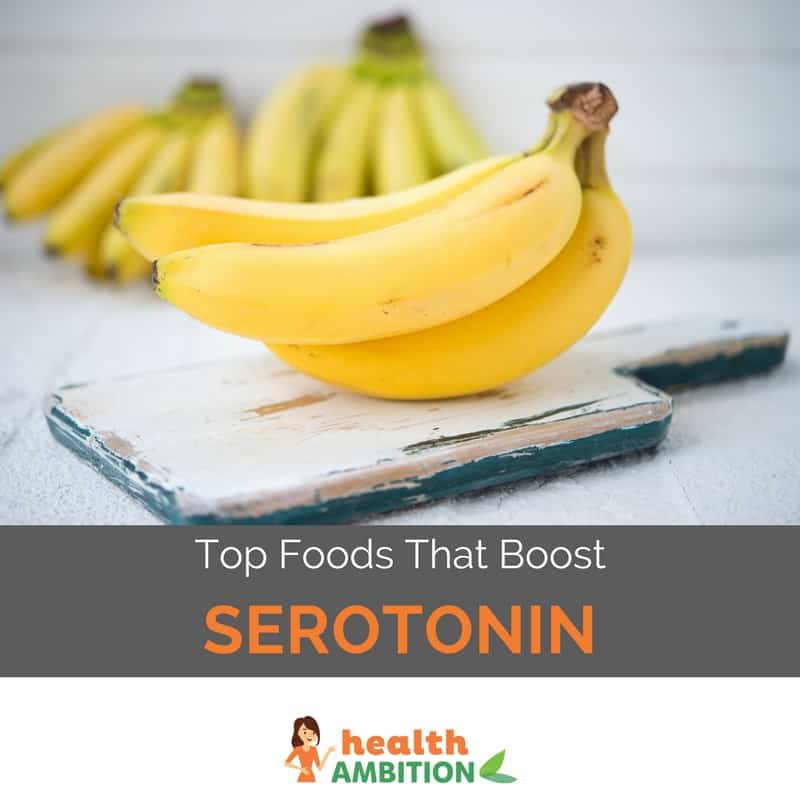 It is most well-known for its positive effect on mood, but it also helps to regulate digestion and body temperature

Some foods contain tryptophan, which is a precursor to serotonin, but these are only effective when consumed with a high-carb, low-protein diet

What is Serotonin and What Does It Do?

Serotonin, also known as 5-HT, is a neurotransmitter released by the pineal gland of the brain. However, it has an effect on the entire body.

Serotonin is best known for its positive effect on mood.

It is believed that low levels of serotonin are associated with depression. This is called the serotonin hypothesis. In support of this theory, the most popular antidepressants are those that increase levels of serotonin. They are known as selective serotonin reuptake inhibitors or SSRIs. Unfortunately, these drugs are only effective in about half of patients.

Clearly, more research is needed in this area, but we do know that low levels of serotonin are only part of the explanation for depression.

Serotonin has an effect on other areas besides mood too. Serotonin receptors are also found in the brain regions involved in learning and memory. Studies have found that serotonin agonists (which lead to an increase in serotonin) prevent memory impairments.

The majority of serotonin travels to the lining of the intestines and stomach. When we eat, serotonin is released and controls the contractions that push food through the digestive tract. An imbalance of serotonin has been linked to constipation, irritable bowel syndrome (IBS) and diarrhea.

Serotonin plays an important role in controlling our circadian rhythms – our body’s internal clock. Serotonin levels are lowest while we’re sleeping and increase when we wake. It is believed that serotonin suppresses REM sleep and complements noradrenaline during wake.

Serotonin has also been implicated in:

Many people would love to improve their mood and sleep without taking SSRIs or sleeping pills. This is understandable since both types of drugs have unwanted side effects.

Butternuts—a relative of walnuts— contain 398 microgram of serotonin per gram. Other nuts, such as walnuts, also contain serotonin.

Not only are pineapples delicious, but they’re really good for you too. Pineapples contain 17 micrograms of serotonin per gram. Not only that, but they also contain bromelain, which is an anti-inflammatory enzyme. 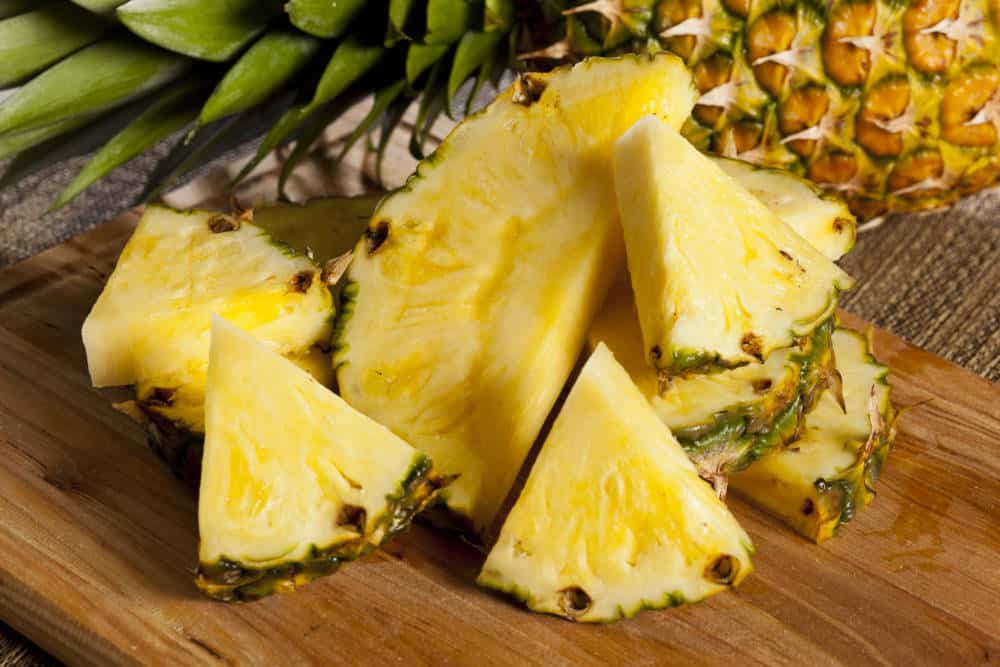 Plantains shouldn’t be eaten raw like a banana. They should be cooked—preferably boiled or even fried.

Kiwis contain many antioxidants, along with about six micrograms of serotonin per gram. One study showed that kiwi consumption helped adults to sleep faster, longer and better.

Plums contain about five micrograms of serotonin per gram. Plums are also a good source of vitamin C, which is an immune system booster.

Vegetables typically contain less serotonin than fruits, but tomatoes have one of the highest levels among vegetables (they are technically fruits after all). There are about 220 milligrams of serotonin in a gram of tomatoes.

There might be a reason we reach for chocolate when we’re sad—chocolate does have an effect on serotonin levels. To get the highest benefit, you should look for chocolate with a high cocoa content.

Chocolate also contributes to an increase in serotonin because it contains carbohydrates (keep reading to find out more about this).

If you’d like an even healthier alternative to dark chocolate, try cacao nibs. 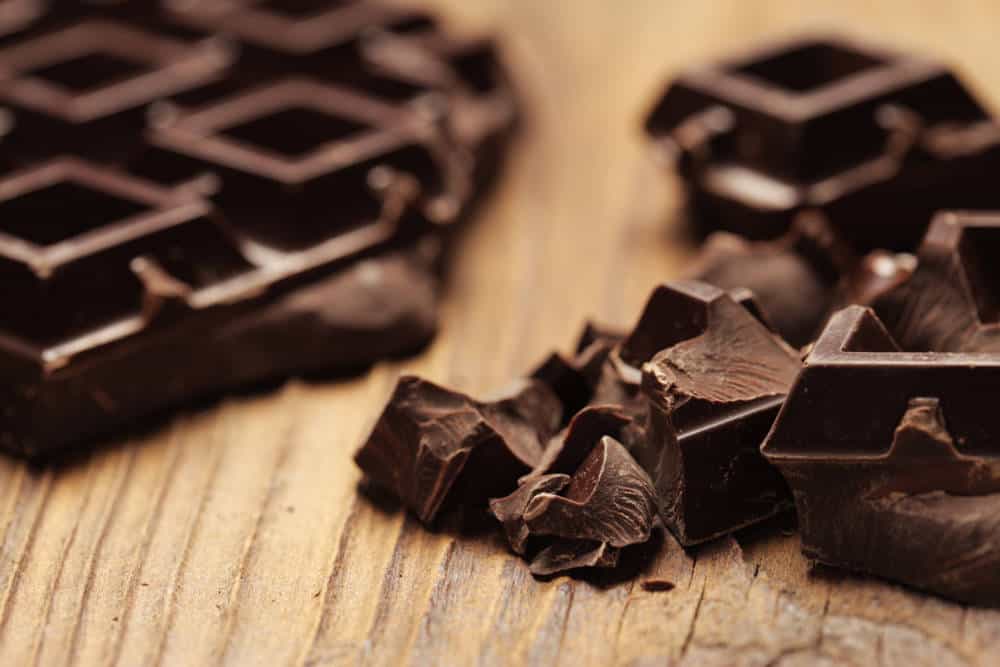 Eggs are a breakfast staple and it’s a good thing too because they are very nutritious. In fact, egg yolks are very rich in tryptophan. A 3.5-ounce serving of eggs contains 210 milligrams of tryptophan. Eggs are also high in protein, which is normally a good thing. However, in terms of increasing serotonin levels, it may be problematic (this is further discussed below).

A four-ounce serving of turkey or chicken breast contains 350 to 390 milligrams of tryptophan. All animal meats contain tryptophan, but turkey and chicken breast are among the healthiest since they have relatively low saturated fat and cholesterol.

Kidney beans, black beans and split peas all contain 180 milligrams of tryptophan per cup. They are also high in fiber and protein.

Oily fish contains about 250 to 400 milligrams of tryptophan per serving, while shrimp contains 330 milligrams per four-ounce serving. Seafood also has other benefits due to their high omega-3 fatty acid and vitamin content.

For every 100-gram serving of oats, you’ll receive 182 milligrams of tryptophan. Oats also have many other nutrients, such as vitamin B6 (which helps with mood, metabolism and sleep) and fiber. 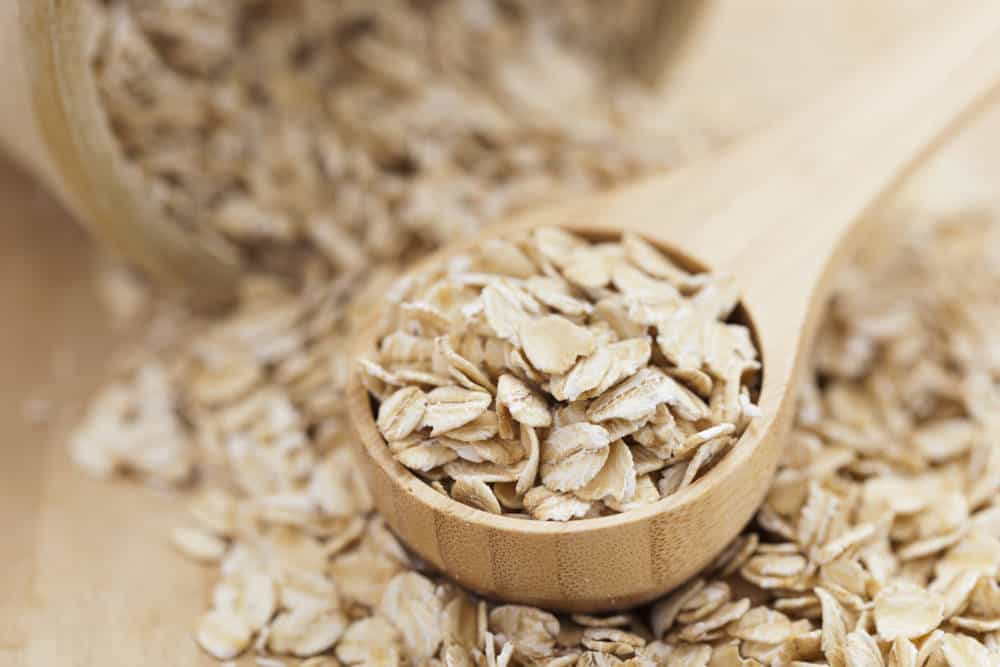 A 100-gram serving of soybeans contains 590 milligrams of tryptophan. You can find soy in tofu and other meat alternatives. However, the findings on the effects of soy on health have been mixed. Some studies find it may reduce the risk of heart disease, but others find that it increases risk of breast cancer. So, you may want to be cautious about consuming large amounts of soy.

Nuts are one of the healthiest and most convenient snacks around. Almonds, walnuts and cashews contain 50 milligrams of tryptophan per quarter of a cup.

There’s a reason to buy pumpkins on days other than Halloween—they are high in tryptophan! A quarter cup of pumpkin seeds provides 110 milligrams of tryptophan. Other seeds, such as sunflower seeds, also contain tryptophan.

Beets contain tryptophan and folic acid, the latter of which is also associated with reduced depression.

Kelp and seaweed contain tryptophan. You may be wondering how to eat these though. Well, you can incorporate them into your smoothies, salads or soups.

Other Foods (and Beverages) that Boost Serotonin Indirectly

While green tea does not contain serotonin or tryptophan, it does boost serotonin levels. That’s because it contains l-theanine, an amino acid which can cross the brain-blood barrier and increase levels of neurotransmitters, including serotonin and dopamine. Green tea also has many other benefits since it is rich in antioxidant compounds such as flavonoids.

You can get probiotics from yogurt, milk and cheese. 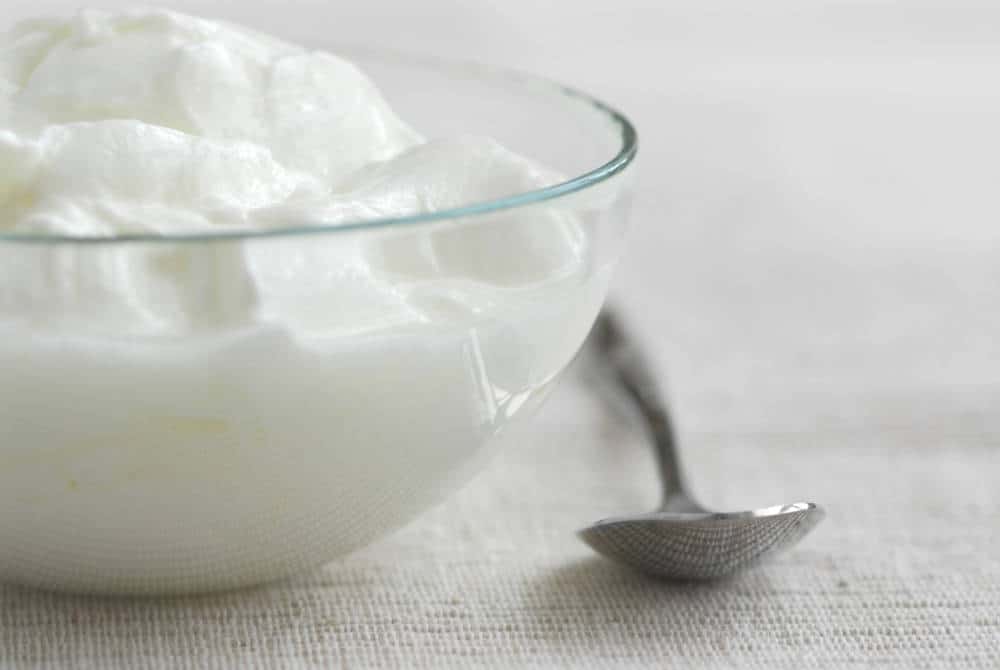 If you’re not a fan of fish, you can get omega-3 fatty acids from walnuts and flax oil instead.

Turmeric is a spice found in curry. It contains curcumin, an antioxidant and anti-inflammatory substance. Curcumin has been found to increase both serotonin and dopamine levels.

Vitamin B6 helps to convert tryptophan to serotonin, so eating vitamin B6-rich foods is a good idea if you’d like to increase your serotonin levels. Some foods with vitamin B6 are: chickpeas, rice, liver, spinach, seafood, mangoes and watermelon.

Folate (also known as folic acid or vitamin B9) helps to boost serotonin levels, too. Some of the best sources of folic acid include: leafy green vegetables (such as spinach), fortified grains, salmon and orange juice.

The Problem with Foods Rich in Tryptophan

When we eat, tryptophan from protein-rich foods enters circulation and is taken up by cells in the intestinal tract. Most of the tryptophan is then converted to serotonin and stored there. Only a small proportion of tryptophan from food sources reaches the brain. But, a small amount can make a big difference.

In order to get the full benefits of tryptophan, you should aim for a high-carbohydrate, low-protein diet. The high carbohydrate levels lead to a further increase in tryptophan because it allows insulin to be released and muscles to take up amino acids, excluding tryptophan. So, the tryptophan levels in the blood increase.

This doesn’t give you a free pass to eat all of the chocolate and sweets you want, though. There are healthy carbs out there (for example, whole-wheat pasta, oats, fruits and vegetables). Instead of increasing your risk for diseases, these healthy carbs actually lower your risk of cardiovascular disease.

In addition to eating the foods that boost serotonin, you’ll want to avoid the ones that decrease serotonin. These include: