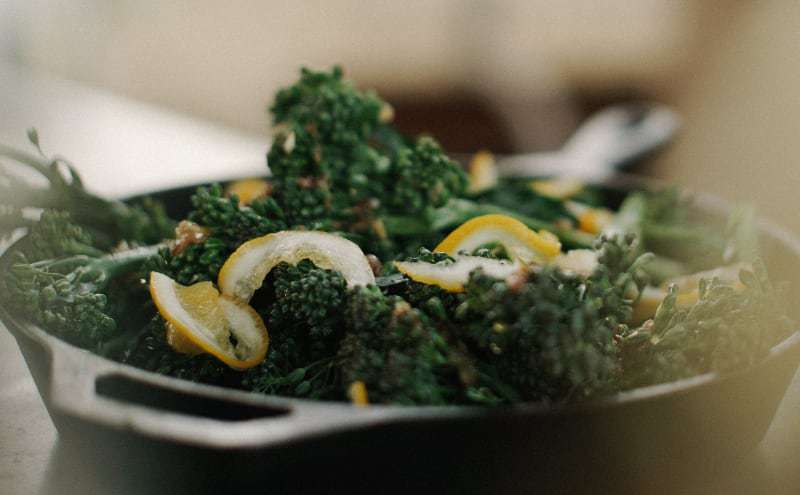 Blood clots are an essential fact of life. When your body suffers an injury, blood clotting at the wound will stop you losing too much blood. But sometimes blood clotting can cause serious complications.

When blood clots form inside the body, in arteries or veins, they can disrupt the flow of blood to important organs. Too much clotting inside your body can lead to conditions including a stroke, heart attack, organ damage or deep vein thrombosis (DVT).

But if the blood doesn’t clot enough or is too slow to clot, this can also have serious implications for our health, and is often referred to as a bleeding disorder. A doctor will usually prescribe blood-thickening medications that can help with clotting, but many natural foods can also help thicken the blood and replace missing clotting agents.

Bleeding disorders develop when your blood can’t clot properly. Most bleeding disorders are genetic and inherited from a parent or other close relative. However, some disorders are acquired as a result of other medical conditions like liver disease, a low red blood cell count, a deficiency of vitamin K or even as a side effect of certain medications.

Fortunately genetic diseases that cause bleeding disorders are quite rare, it’s estimated that only 20,000 people, mostly male, have the most well-known bleeding disorder, hemophilia in the U.S. Von Willebrand disease is more common, being found in approximately 1 percent of the U.S. population, both male and female. Acquired bleeding disorders can sometimes occur spontaneously or develop later in life.

What Causes Blood to Clot or Sometimes Not?

When normal clotting occurs a type of blood cell called platelets stick together and form a plug-like effect at the site of an injury to stop too much blood passing by. Proteins in the blood known as clotting factors, or coagulants, work to form a fibrin clot which holds the platelets in place and allows the injury to heal while preventing too much blood from escaping the blood vessels. When there are too few platelets or abnormal levels of clotting proteins or abnormal blood vessels, excessive bleeding can be the result.

Rare bleeding disorders like hemophilia and von Willebrand disease happen when your blood lacks some of these clotting factors. These diseases are almost always inherited but can sometimes develop later in life if you get antibodies that fight against the body’s blood clotting factors. Thrombocytopenia is a condition where the body has unusually low levels of platelets and can cause a bleeding disorder.

All clotting factors are made in the liver and cancer that starts in the liver or spreads to it as well as other liver conditions like cirrhosis or hepatitis can be a major cause of bleeding disorders. The long-term use of antibiotics or anticoagulant medications that thin the blood may also contribute to the body’s inability to create blood clotting factors.

How Can Food Help Your Blood Clot (In a Good Way)

Proteins that act as clotting factors or coagulation factors are all made in the liver which requires vitamin K for this process. Vitamin K is necessary for the formation of prothrombin required for blood clotting while calcium can help in normalizing the clotting of blood. Other minerals like iron, copper and manganese are needed for protein production and improve the quality and production of red blood cells or hemoglobin. Vitamins including B12, B6, A and vitamin C all play a part in the production of healthy red blood cells that can help prevent a bleeding disorder.

Eating a diet high in these essential vitamins and minerals can help your blood to clot but if you have serious blood clotting issues it’s advisable to speak to a doctor who may diagnose a far more serious condition which requires medication.

Which Foods Are Best for Helping Your Blood Clot?

Vitamin K derives its name from the German term ‘coagulation’ and is often referred to as the clotting vitamin. It works as a cofactor for an enzyme that allows certain proteins to bind calcium ions required for the formation of seven blood clotting factors or proteins that stop bleeding through a process known as coagulation cascade or clotting. The clear health benefits of dietary intake of vitamin K have been confirmed by the European Food Safety Authority for its role in normal blood coagulation.

Green leafy vegetables are recognized as the richest sources of vitamin K with ½ a cup of kale containing 550 micrograms of vitamin K, 1 cup of spinach containing 145 micrograms and 10 sprigs of parsley having 164 micrograms. Those green smoothies were good for you all the time!

Other high sources of vitamin K include cabbage, prunes, okra, celery, carrots, blackberries, raspberries, mulberries and blueberries. Nothing too hard to fit into your diet there.

The vitamin K needs calcium ions to bind to and this is where calcium-rich foods come in; they’re not just good for the bones but stimulate the release of blood clot forming enzymes. Dairy is traditionally considered one the major calcium sources with products like yogurt, cheese and milk being common to most households.

Again, dark-green, leafy vegetables like kale and mustard greens are good for the blood clotting factors in addition to okra and some types of fresh or canned fish, in particular salmon or sardines with bones in. Calcium-fortified orange juice, cereals or soy products are another good way of increasing your dietary calcium intake.

Foods that contain niacin, include poultry, meat, fish and beans or legumes with niacin-fortified breads and cereals being a good option too. Niacin or vitamin B3 is the vitamin essential for nearly all the enzyme reactions in your body including the ones that result in blood clotting.

Manganese is good for healing wounds and making the bones stronger and some of this trace mineral is also needed to form the blood clotting factors. Good sources of manganese include tea, seafood, beans, nuts, seeds, whole wheat breads, tofu and again those ever so good green leafy vegetables. This food group also includes those guilty pleasures like chocolate, maple syrup and wild blueberries which all have significant amounts of manganese.

Foods High in Copper or Iron

Not getting enough copper or iron in your diet may affect the body’s ability to form enough healthy red blood cells. Both these minerals can be found in seafood, beans, nuts, mushrooms. Heme iron, which originates from hemoglobin, is absorbed best by the body and found in animal foods like red meat, fish and poultry.

A blood loss caused by a bleeding disorder will often result in a lower amount of iron in the body. Your doctor may prescribe iron supplements to replenish the lower levels of iron and prevent iron deficiency anemia. If symptoms don’t improve with iron supplements, a blood transfusion may be needed.

Eating a balanced diet can help you get the essential nutrients you need for your body to carry out the process of blood clotting. If you’re suffering with mild symptoms of unexplained bloody noses or your blood is taking a little longer to scab over open wounds, a change in diet may be the solution. But if symptoms persist or present themselves in more serious forms, you must speak to a doctor who, with some tests, can diagnose the disorder and recommend further treatment.

Saturated fats and cholesterol may also make your blood clot, but not in a good way. Too much blood clotting can lead to dangerous conditions like a stroke, with people who are overweight or have diabetes being at higher risk. High sodium foods can also contribute to the likelihood of a stroke with products like canned soups, processed meats or other prepared foods potentially being high risk. The idea is to clot the blood, not clog it up!