French fries are a serious contender for the most unhealthy foods that people eat regularly. If you wanted to make a person tired and lethargic, overweight and at a greater risk of serious health problems like diabetes and heart disease, you’d be hard-pressed to come up with a better junk food than french fries.

Americans now eat an average of four servings of french fries every week for every man, woman and child. Do we really have to ask what there is an epidemic of obesity and its related diseases?

Calories and Fat in French Fries

Even a small serving of french fries from popular fast food outlets contains between 200 and 340 calories on average. But who eats small servings anymore? A large serve of fries has between 370 and 730 calories.

Let’s not even get started on the super-sized, curly fries or cheese combinations. They are obviously far worse.

Why French Fries are One of the Most Unhealthy Foods

French fries served in American restaurants often come dipped in corn oil even before they are fried. Processed corn oil is considered one of the worst kinds of oils for the human body. Aside from the saturated fat, corn oil has 60 times more inflammatory omega-6 fatty acids than Omega-3s.

Foods that have been fried in hydrogenated vegetable oils like corn, canola and soybean oil are especially damaging to our health. The polyunsaturated fats they contain become rancid with the constant heating and reheating that degrades their structure. These unnatural and heat damaged fats are strongly implicated in promoting inflammation within your body that is the starting point of many common health problems and diseases.

Next time you walk past a small fast food place try and have a look at where the french fries are cooked and the dirty brown color and consistency of that oil as it is heated over and over again. Would you drink a cup of it? Well it seems many people are every week in the french fries they eat.

As bad as all this hydrogenated fat is, french fries are perhaps more likely to make you fat with their high glycemic carbohydrates. In sufficient quantities high glycemic carbs will spike the hormone insulin in your bloodstream which is responsible for shuttling nutrients into cells.

Unfortunately, when you scoff down those greasy fries, insulin isn’t shuttling nutrients into your cells (french fries are about as devoid of nutrition as a desert is of rain), it’s shuttling in fat.

These quickly digested carbohydrates themselves are convert into glycogen, which, if you don’t use with a lot of exercise, is stored very easily in your body as fat, so you’re getting double the weight gain potential with every ‘happy’ meal.

It might be helpful the next time you’re thinking of ordering french fries at McDonald’s, Burger King, KFC or one of the hundreds of other fast food outlets that we call restaurants these days, to imagine just pouring them straight down the back of your pants. After all, that’s where they are likely to end up anyway.

While there has been a significant reduction in their use in recent years in America and they have been banned in states like New York and California, they are still heavily used in other countries around the world.

Recent European testing of the trans fat content in french fries found significant amounts of these dangerous and unnatural fats, with countries like Hungary, Poland and the Czech Republic having the highest levels.

Trans fats are created when oils are hydrogenated (made to bond with water in a high pressure reactor). Using a bizarre process involving extreme heat, acids and chemicals, the hydrogenation process rearranges the fatty acid hydrogen atoms at the double bonds, creating an unnatural ‘plastic’ fat with a higher melting temperature.

Food companies use hydrogenation to reduce costs and extend the shelf life of products, but trans fats are simply so dangerous to the human body they really should be considered a poison and their use in foods banned outright.

Trans fats are so damaging because they’re sufficiently similar to normal fats for the body to incorporate them into cell membranes, but once they are there their altered structure plays havoc with thousands of important chemical reactions – the very reactions that produce our body’s energy and keep us alive.

They have been implicated in numerous studies in everything from damaging our ability to regulate cholesterol, leading to coronary heart disease and stroke, to increasing the risk of diabetes, liver disease and cancer.

If you are going to fry foods then the best choice is avocado oil or coconut oil, both of which remain stable at high temperatures and do not contain inflammatory hydrogenated fats or trans fat.

Olive oil, particularly virgin olive oil, is best used unheated, or perhaps only at very low heat in certain recipes. It should never be allowed to smoke as this changes its structure and may create damaging compounds.

Avocado oil is actually superior to olive oil nutritionally as well as for cooking with. Keep the olive oil for salads and drizzling over steamed veges instead.

French fries are very high in sodium chloride and a small serving at the average fast food outlet contains around 160 mg to 740 mg of salt. A large serve of french fries has roughly between 330 and a very salty 1530 grams.

While these are estimates from online resources, they are also probably a gross under exaggeration of the sodium chloride intake many people derive from french fries since so many of us add extra salt to them.

The U.S. Centers for Disease Control and Prevention recommends significantly reducing salt intake to lessen your risk of heart disease, high blood pressure and all of the other health issues associated with excessive salt consumption.

In fact, they recently released a report that stated that hundreds of thousands of lives could be saved over the next decade in the USA by reducing sodium chloride consumption down to recommended levels. Unfortunately, this seems highly unlikely as long as salt-laden french fries remain a dietary staple.

A far better salt for your home cooking than mineral stripped sodium chloride is Himalayan crystal salt. It is free of aluminium based anti-caking agents and has a full range of beneficial minerals for better health. 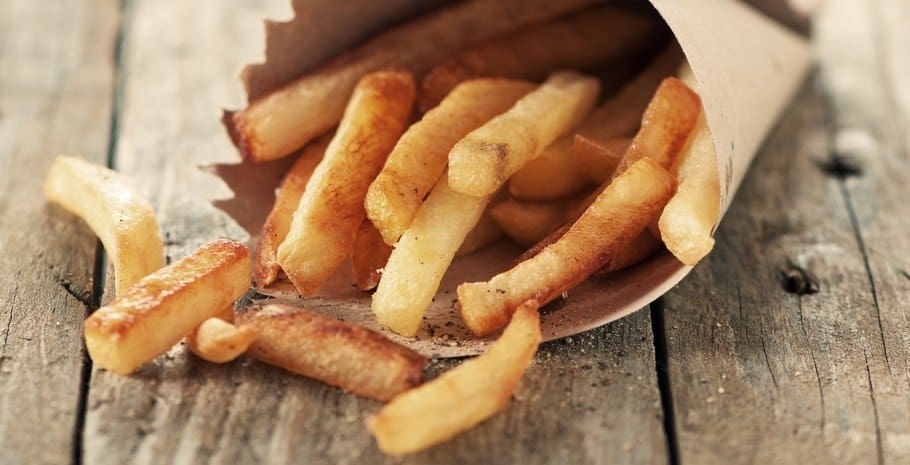 With their high glycemic carbs, inflammatory polyunsaturates and saturated fats, along with potentially damaging levels of sodium chloride, french fries couldn’t have anything worse in them could they? It seems they could.

In recent years french fries, particularly those from fast food chains cooked at the highest temperatures, have been shown to contain significant levels of a potentially dangerous substance called acrylamide.

Acrylamide forms when foods containing carbohydrates and the amino acid asparagine are cooked together at high temperatures. Potatoes contain a lot of asparagine so deep frying them produces some of the highest levels of acrylamide ever detected in foods.

French fries and potato crisps are recognized as the two biggest sources of acrylamide in the average American diet.Potato crisps also contain very high levels when tested, but since french fries are eaten so often by so many people, they are thought to be the biggest source of this damaging chemical in our diets.

And EFSA statement said that acrylamide is both carcinogenic (potentially cancer-causing) and genotoxic (can cause damage to the genetic material of our cells).

Scientists are only just learning how ingested acrylamide affects our body’s cells. But do we really need to wait for 10 years of ‘more studies are needed’ to work out that foods like french fries that are full of acrylamide shouldn’t be going into our mouths if we want to stay healthy and full of energy?

Simple Steps to Avoiding French Fries and Other Fast Food

Most people end up eating fast food when they are rushed for time or stressed at work, but it’s simple enough to take an extra five minutes in the morning and pack healthier alternatives that save you money and keep your energy more balanced and steady.

Fruits like apples or bananas and nuts and seeds like almonds, cashews and sunflower and pumpkin seeds makes simple snacks that you can take into the office in bulk at the start of your working week. Having a variety of healthier foods like these and eating in smaller amounts every 3 to 4 hours gives you a much more stable and consistent energy.

Cutting out the french fries and other junk foods from fast food outlets will also help you to lose weight, look and feel better and, perhaps as an added incentive, stop giving your money to multinational corporations that are making so many of us overweight, tired out and unhealthy in their relentless pursuit of higher profits. 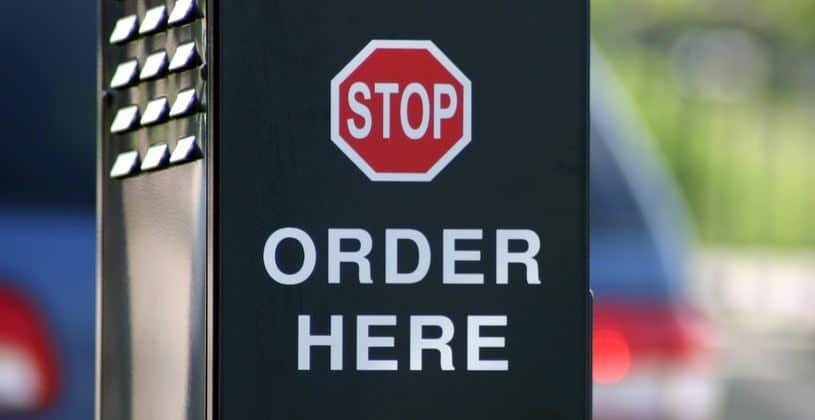 If you’ve made it this far, I hope you’ll remember reading this page the next time the bright lights of the junk food obesity outlets beckon. Most unhealthy foods like french fries have such a negative effect on your body’s ability to lose weight and stay healthy that they are really best avoided altogether.

And if you’re brave enough, please share this article with a couple of people you care about. Some may read the title and stop right there. But some you might just help to live a longer life with more health and energy by doing so.

0 thoughts on “Are French Fries One of The Most Unhealthy Foods You Eat?”