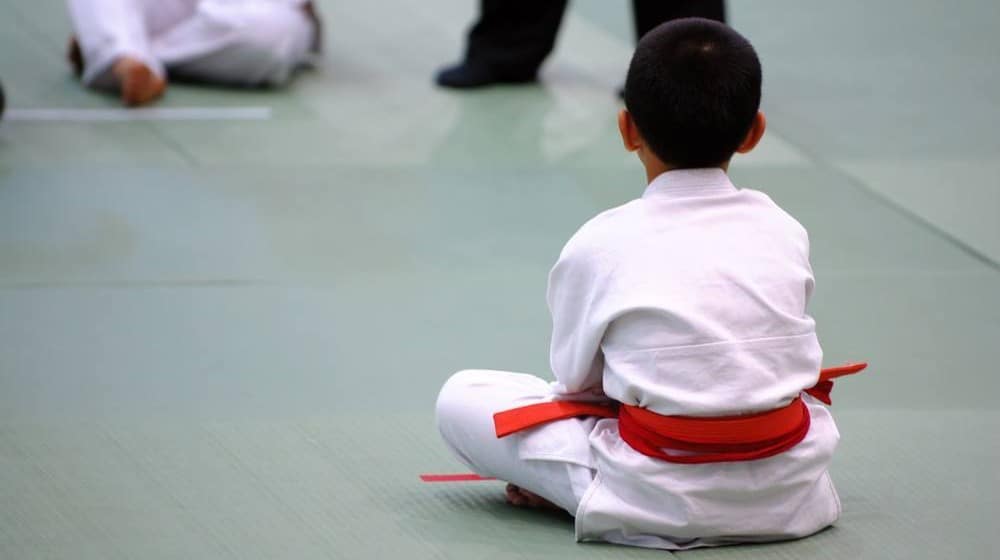 I’ve always viewed martial arts as being a great form of exercise, and of course a whole lot of fun to do! Since I began almost a year ago, I’ve learned a whole lot of amazing techniques, improved my boxing and sparring skills, and even lost weight! But who knew that I would have a lot more focus and concentration after doing it for nearly a year? Check out how martial arts boosts your focus…

The Benefits of Martial Arts

A study was conducted in 1994 [1] into how martial arts can affect children and teenagers, and the results showed that a martial arts curriculum could actually help to improve the behavioral habits of at-risk youth. It’s amazing how much martial arts can change your life, as I know it has changed mine.

There are a couple of benefits of martial arts that you can see at first glance:

Fitness — I’ve lost about 25 pounds since I started doing martial arts, and it’s been a whole lot of fun in the process. No getting bored of running on a treadmill, no tiresome weight lifting — it’s all been fun throwing punches, kicking, jumping, and doing all those crazy martial arts tricks.

Posture and Balance — Learning the “forms” has helped to improve both my posture and my balance. I have done Yoga – which involves standing on one foot – but martial arts has enabled me to move around in complete control of my body.

However, it has amazed me how my focus and concentration has improved since I started doing martial arts!

How My Focus and Concentration Has Improved

You’d think that throwing punches, shouting “kiai” every few seconds, and kicking people would be easy, but it’s really not! Not only do I have to make sure to hit them in a place that will count as a point in the sparring match – the head, chest, stomach, and sides – but I have to have control to not hit them in sensitive spots.

I have to control my movements so that my very large, very heavy leg doesn’t kick someone too hard in the head, and it requires a lot of focus and precision to hit glancing blows off an opponent that is swinging wildly at you.

I’m a very large person, and I have long legs that give me extra reach. Unfortunately, those legs are also very heavy, as I’m a solid man. This means that it takes more effort to kick and throw punches, and I am much stronger than my opponents. I have to focus on each movement, or else I can knock someone out – on accident, of course.

When we are doing point sparring or engaging in friendly fighting, it’s tough to not hit people too hard when I get frustrated. It takes a whole lot of concentration to pull that punch or let that kick gently hit my opponent’s helmet – when all I want to do is power through with the kick and get the fight over with.

The forms also require a whole lot of concentration. Not only do I have to focus on the movement of my hands, but my foot position and my posture require concentration as I move through the stances – or “katas”. I can’t just go through the motions of the forms quickly, but I have to make sure that each one is done with precision as well as with power.

Most martial arts are about breathing, and you’re supposed to channel your inner energy – known as chi, qi, or ki – into each punch. That’s what the “kiai” sounds are supposed to do. They help you to focus on putting a lot of power behind those specific punches and kicks, and they force you to channel that inner energy.

It’s amazing how much power can be put into those punches if you focus on breathing, moving properly, and channeling that inner energy.

The Truth About Martial Arts

While the sport is all about fun, challenge, and ability, the truth is that it’s much more than just a sport. I’ve found that martial arts has benefitted me in many ways, and made me into a better person (read about it in a future post…).

Many parents and teachers worry that martial arts will make their kids turn violent, the truth is that violence is something that each of us has deep inside of us. That primal warrior spirit is always trying to get out, but in this modern day and age that spirit has no place in a peaceful society. Martial arts helps to channel that warrior spirit, and harness it for good.

Yes, martial arts is all about hitting and kicking people, but I’ve found that for me it’s about not hitting or kicking people – or hitting them with control and focus. I’ve learned that the best way for me to win the sparring matches isn’t about winning at any cost, but it’s about winning with dignity. Sure, I could knock over my opponents with a flying kick, but that won’t make me a better person.

The control and focus it takes to win without hurting others – that is what makes me a better person, and a better martial artist!