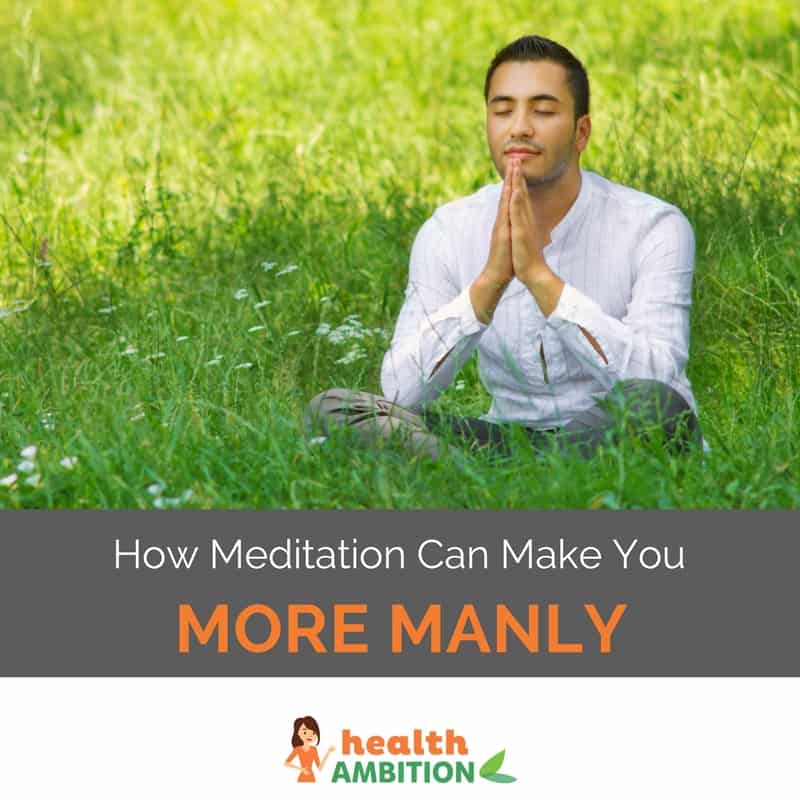 When it comes to the essence of manliness, there are a few things considered “taboo” by society as a whole. One of them is men performing yoga and meditation, since images of tight pants and sweaty ladies is conjured in the brain, and something not typical of the tougher sex.

However, what if you found out that meditation can indeed boost testosterone levels, translating to enhanced masculine traits, and probable increased muscle mass. Interested to know how meditation can benefit you in your pursuit of alpha-maledom? Then you’re in the right place!

What Makes You Manly?

In order to achieve a level of superior “manliness” your hormonal system needs to work in tandem, by elevating the primary male sex hormone testosterone, reducing estrogen, and just as important but often overlooked reducing the effect of the stress hormone cortisol. Controlling cortisol levels is what meditation specializes in, which as we all know is associated with high stress levels.

And stress is everywhere. You cannot avoid it. As such, if you truly value your precious androgen levels, you will leave your ego out of it and start practicing meditative sessions. 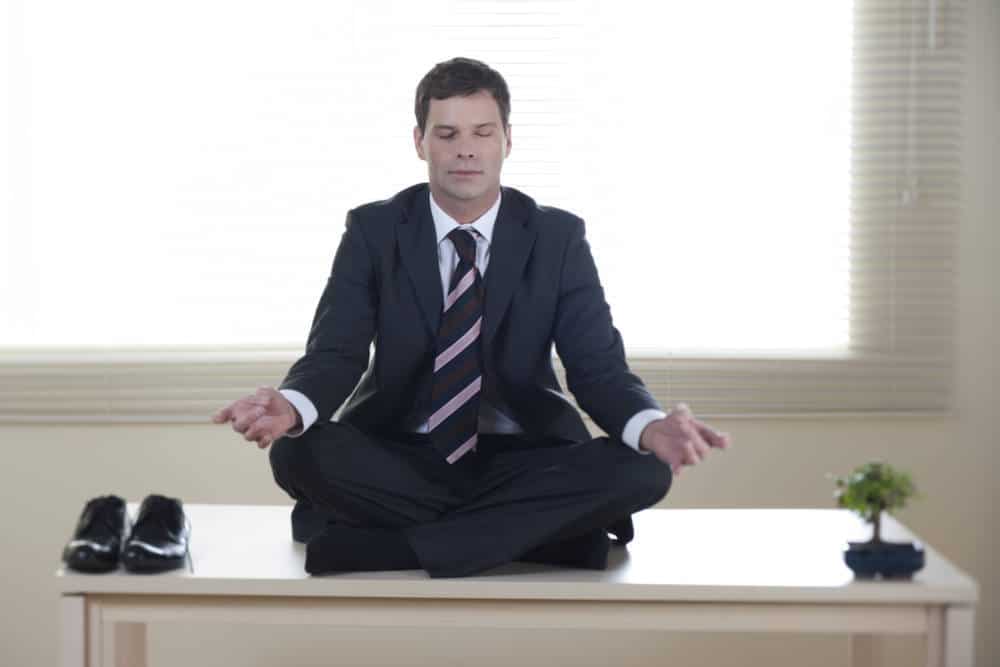 How Meditation Can Help You As A Man

Meditation has benefits far surpassing male health, but many of them tie in intricately to ensure you are able to perform at a level that society deems “manly” enough. Among the benefits that are most likely to be pronounced are:

Sleep is king. You can train like a beast, have nutrition on point, but without good restorative sleep, it will all amount to nothing. Think of sleep as having a “multiplier effect”. Poor quality sleep having a factor of 0 will make all your other diligent efforts useless. Meditation helps psychologically relax the body for sleep, and during sleep itself promotes the deep wave restorative REM phase of sleep. Growth hormone production also occurs during deep sleep, and is important in recovery and for its anti-aging effects.

If there was one dominant causative factor of ill health today, it would be stress. It can come in many forms, be it from physical stress (overworking), emotional stress resulting from negative life experiences or psychological stress resulting from anxiety or fear of the unknown. Regardless, the resultant physiological effect in our bodies is an increased expression of the stress hormone known as cortisol. Don’t get us wrong, cortisol is essential for our survival as a species; but it is not essential for situations such as being late for work.

As you may have guessed, cortisol over-expression is responsible for a whole host of health maladies, ranging from heart disease, to increased fat storage, erectile dysfunction and reduced sexual desire, as cortisol and testosterone share an inverse relationship. In fact, a study on transcendental meditation found that subjects who practiced meditation, after just 4 months had significantly reduced cortisol levels, and sharpened response to stressors. (source)

This boost in testosterone observed is largely tied into its cortisol reducing effect, since the two hormones share a negatively inverse relationship as mentioned before. There are a few reasons why meditation can help boost testosterone levels, including:

Cortisol Suppresses Testosterone Production In The Leydig Cells And Hypothalamus

Though testosterone is not produced in the hypothalamus, that area of the brain is responsible for production of gonadotropin releasing hormone (GnRH), which stimulates the pituitary to initiate testosterone production. While cortisol is suppressed, the HPTA (hypothalamic pituitary testicular axis) is able to produce testosterone at an optimal rate, and is not inhibited by cortisol.

Increased testosterone also correlates with an increased sex drive, and in younger men, increased erectile potency. this is extremely beneficial if you are a young man and feel you are not performing as well as you should be. 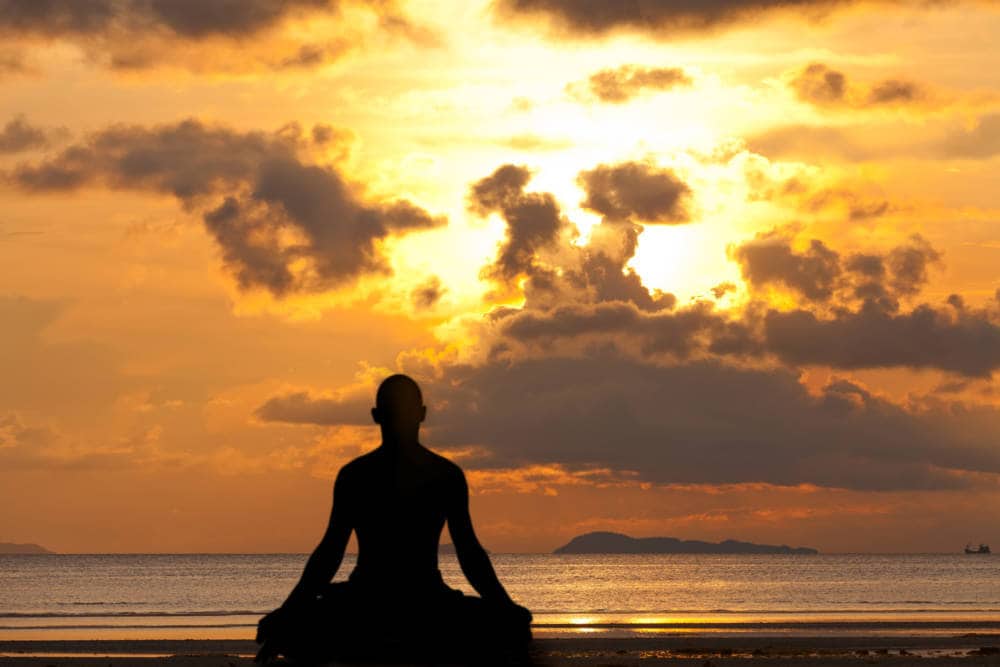 Meditation Promotes Self Control And Discipline

How Should Meditation Be Practiced?

Mind you, meditation is not an easy discipline, as many people have difficulty letting things go. Bear in mind that the goal of meditation is not to make the mind completely void of thought, but rather accepting things as they come. For example, if a distracting sound manifests itself, you will acknowledge it, but you will not spend more than a fleeting thought on it. Don’t linger on thoughts. And while meditation can take a few variant forms, the basic principles remain the same. The most popular types include:

Involves repeatedly chanting a “mantra” or single sound word to keep focused on. It is helpful to men just starting with meditation who need some help keeping distractions at bay.

Involves being “mindful” or embracing stray thoughts as they come, but being able to not let them linger for too long. Better for intermediate practitioners who find it easier to stay objective while meditating.

Closely resembles mantra meditation, except that is typically involves a seven stepped approach taught by an instructor. 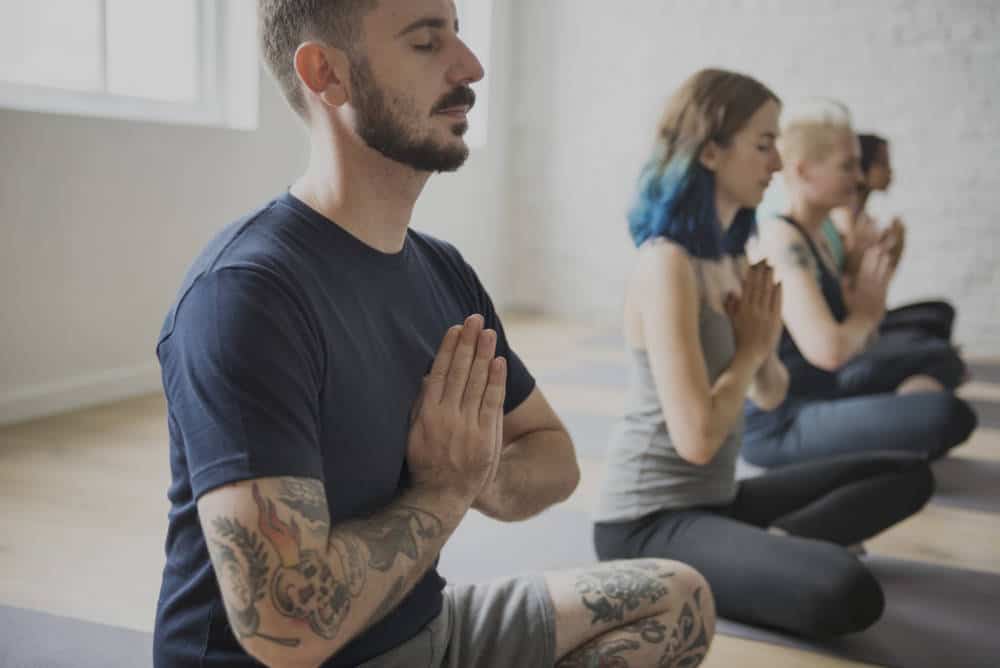 Gone are the days when meditation was considered a feminine discipline. In fact, the benefits of meditation are now so pronounced, that it would be silly to miss out on it merely because of your ego. Its benefits can spill over into the department of sexual health and wellbeing, as well as increasing your ability to build muscle mass. Best of all? It’s free, and can be done in the comfort of your own home dedicating just 10 minutes a day.

Give it a shot, you are likely to be surprised!