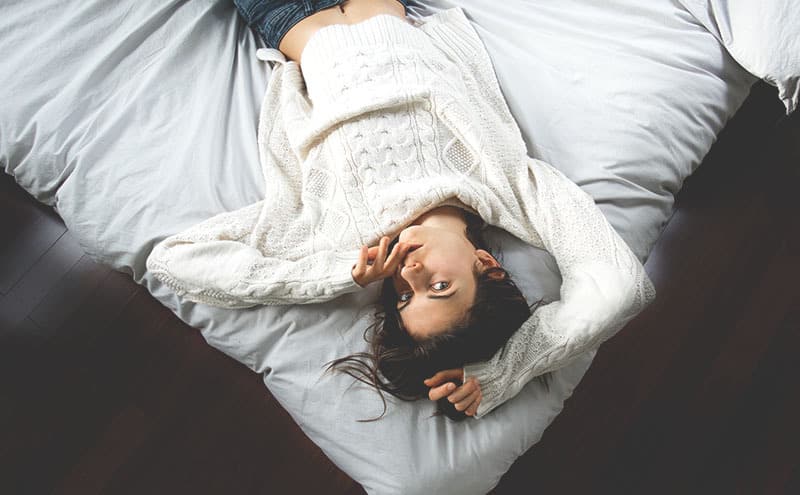 Do you suffer from erratic sleep patterns? Are you always waking in the early hours and fatigued all day? Or are you an insomniac ‘night owl’, rarely feeling tired until dawn? Do you want to take control of your body’s internal clock without resorting to heavy prescription medications?

Melatonin could be the solution for you. A very popular natural sleep aid, melatonin is most famous for regulating the body’s internal clock; sending that message to your body that it’s nighttime and time to catch some Zs.

A naturally occurring and powerful hormone produced by the pineal gland in your brain, melatonin plays a key role in controlling your daily sleep-wake cycles.

Your body’s internal 24-hour clock (known as your circadian rhythm) influences how much melatonin is made, as does the amount of daylight you’re exposed to each day.

Darkness is necessary for the production of melatonin, so turn those lights down low in the evening and avoid blue light from computers, phones and tablets – give them up at night (a hard one for most of us!) and make your bedroom as dark as possible.

The Role of Melatonin in Circadian Rhythm

Melatonin is key in regulating your body’s circadian rhythm: when we go to sleep and when we wake up. (source)

A slow release of melatonin into the bloodstream start between 8 and 10pm, signaling your body to prepare for sleep. During the day, melatonin is barely present keeping you awake and alert.

Sleep is highly important to maintain the health of the entire body and ward off acute and chronic health issues, so keeping this hormone balanced is key.

What Are Melatonin Supplements?

Inexpensive and readily purchasable over the counter in the USA, melatonin supplements are a hormone rather than a nutrient, sold in pill form. They are available in two types:

Synthetic melatonin is chemically identical to the melatonin produced in your body.

Natural melatonin is made from the pineal gland of animals; not really suitable for vegetarians and could contain contaminates so I don’t generally recommend it.

Chemically, you may see melatonin listed on the supplement bottle as N-acetyl 5-methoxytryptamine.

Who Could Benefit from Melatonin?

Whether you’re just suffering bouts of sleeplessness as a result of work patterns, jet lag from time zone changes or you’re a full-blown insomniac, melatonin could help you.

Research has shown that: (source)

The timing of the melatonin dose is important: if taken at the wrong time, early in the day, it is liable to cause sleepiness and delay adaptation to local time.

As light receptors in our brains play a vital role in melatonin regulation, blind people must often take melatonin supplements to regulate their body’s levels. (source)

Melatonin has also been noted to be beneficial in treating children’s sleeping disorders such as attention-deficit hyperactivity disorder (ADHD). (source)

How Much Melatonin Should You Take?

Just the right dose can help you sleep peacefully. People commonly make the mistake of thinking ‘more is better’, assuming taking a higher dosage will lead to better shut-eye.

However, the opposite is true with melatonin:

Exceeding the proper dosage can upset the body’s natural processes and rhythms. Too much taken at once can cause a number of issues which can disrupt your sleep including:

It is recommended that the correct dosage falls between 0.3 and 1 mg. (source)

When it comes to sleep trouble, conventional medical treatments often lead to dependence and adverse side effects. Many people want something more natural to aid a restful night’s sleep.

Melatonin has been shown to be safe in healthy people when used for up to three months at the correct dosage. It can also be safe for some people to take long term up to two years.

As with all dietary supplements, melatonin should not be taken without consulting your doctor if you are currently using prescribed medication.

Melatonin safety has not been established for pregnant or nursing women so they should avoid its use. People with kidney or liver disease should also avoid using melatonin.

While there is no substitute for a healthy lifestyle, sometimes we need a helping hand and for most, melatonin supplements work well.

Studies have proven melatonin to be effective for insomnia, narcolepsy, jet lag and even sleep disorders in children. (source)

Users praise its lack of severe side effects, low cost, low addictiveness and its ability to act fast.

The bottom line is that although melatonin may work, it is a strong hormone. While it may be useful in the short term to get your sleep schedule back on track, it’s likely not a permanent answer.

Perhaps we need to look at the saying “let thy food be thy medicine and medicine be thy food” – Hippocrates, father of medicine.