It can be hard to find packaged foods in the supermarket isles these days that doesn’t have sugar in one of its many forms as one of the main ingredients. Breads and other baked goods, processed meals (whether sweet or savory), breakfast cereals, dairy products, drinks and snacks of just about every kind are all loaded with sugar.

Whether food manufacturers call it high-fructose corn syrup, invert sugar, corn sweetener, sorghum syrup, maltodextrin, glucose syrup, fructose, maltose, dextrose or a 101 other names, sugar is being added to a high percentage of processed foods and there’s strong indications that many people are addicted to it.

Regular consumption of sugary foods, and especially the high fructose corn syrup found in sodas and candy, leads to sugar cravings that can be very hard to resist.

I’d recommend watching Sugar – The Bitter Truth by Dr. David Lustig, to see why the obesity epidemic in recent decades is largely due to the huge increase in processed sugar and fructose consumption. This video also explains how high fructose corn syrup affects the liver in a similar way to alcohol, increases fat storage and makes your brain think that you are hungry, even after eating.

I won’t pretend that beating sugar addiction will be easy, but there is a spice that can be used as a simple supplement ahead that can minimize cravings and help you change to a healthier eating pattern.

The key to breaking this addiction is to suppress sugar cravings for long enough for your body’s response to sugar to reset back to normal. It’s very important to start enjoying complex flavors again, rather than needing everything you eat and drink to be sweet like a child tends to.

Eating higher quality foods with more nutrition in them and a longer digestion time will help minimize sugar cravings for most people. Try to have smaller, more frequent meals every 3 to 4 hours based around healthy protein and mixed vegetables, rather than processed carbohydrate foods that spike blood sugar levels and provoke an insulin response.

A good example might be having an omelet or scrambled eggs for breakfast without bread; a marinated garlic, ginger and chili chicken breast with salad for lunch; nuts and seeds or low glycemic, high fiber fruits for a mid-afternoon snack; and a healthy stir fry with protein, coconut oil and lots of mixed vegetables for dinner.

Beyond a healthy whole food diet, the warming spice cinnamon has proven to be especially beneficial for overcoming sugar addiction and leveling out blood sugar levels for stable energy. 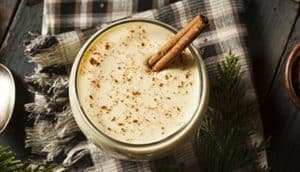 Cinnamon has been shown in research to help to reduce sugar cravings by controlling blood glucose levels. This minimizes insulin spikes after meals that lead to more hunger and consuming even more sugar.

Supplemental cinnamon has also been demonstrated in studies to lower LDL-cholesterol and triglycerides blood levels. By both decreasing blood lipid levels and increasing insulin sensitivity, cinnamon appears to be a powerful addition to any weight loss program.

What Type of Cinnamon?

Ceylon cinnamon is the true form of cinnamon and it is widely considered the best for blood sugar control and losing weight. It is a little more than the cheap cinnamon in the supermarket, but has a better potency and avoids the coumarin compound in Cassia cinnamon.

This is a good organic powdered Ceylon cinnamon that can be sprinkled over food like muesli or fruit or added to drinks like smoothies to slow down their digestion. Use at least half a teaspoon per meal or drink. Kept sealed in a cool and dry place it will last for many months, even with regular use.

Ceylon cinnamon capsules are also available and one capsule can be taken with any meal high in carbohydrates to help minimize blood sugar rises that lead to hunger, sugar cravings and weight gain.