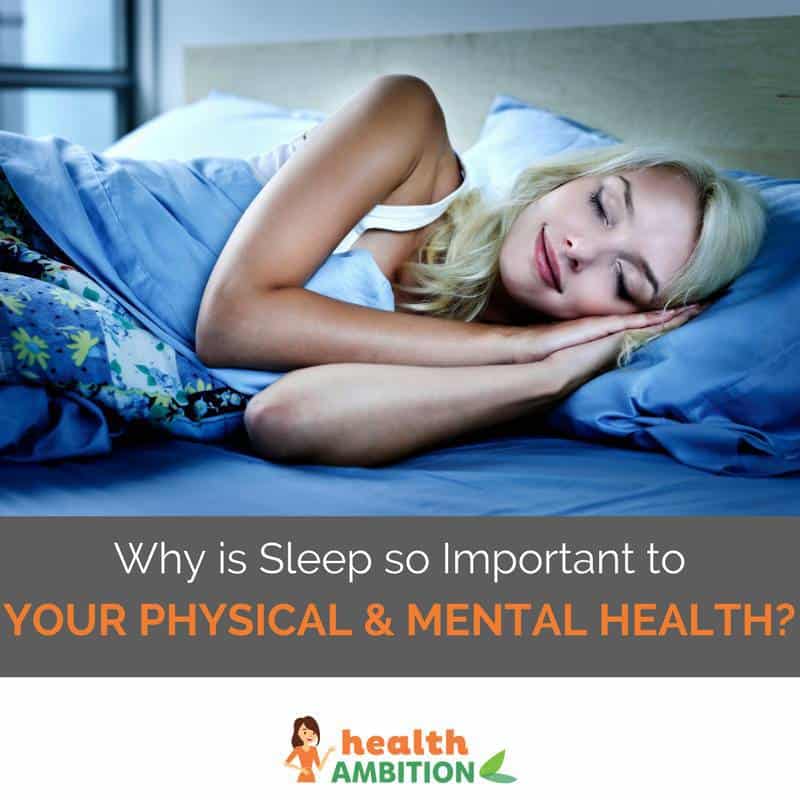 Insomnia is a very common health issue with an estimated third of Americans regularly having problems sleeping. Around half of those might experience sleeplessness once or maybe twice a week, which is bad enough. But for the remaining half it’s an even more regular and therefore even more serious problem.

Here is what you need to know about why sleep is so important to the way you look, the way you feel and to staying healthy and alive. Following on from this is a plan to put an end to sleeplessness and start enjoying going to bed again.

The 5 Stages of Sleep

Sleep is where the body and mind is repaired, reordered and readied for the next day. Going without adequate amounts of it won’t just leave you tired and irritable, it can actually be dangerous, both to yourself and to others, and seriously deteriorate the quality of your life.

Sleep flows in five wave-like stages, often back and forth, throughout the night. Stage one is light sleep, where your body relaxes and breathing slows. It’s common to drift in and out of this stage early in the night when you first go to bed.

In stage two your brain waves become slower and your eye movements stop.

There isn’t any eye or body movement in these later deep sleep stages and it is difficult to wake someone from this state (it’s also quite disorientating for them and should only be done in emergencies).

These deep sleep stages are where your body is repaired and important physiological processes take place. However, the fifth stage of sleep appears to be more to do with your mind.

Independent of and quite different to these first four stages is REM sleep, characterized by the rapid eye movements that it is named after. During the REM stage your breathing becomes more shallow and irregular and your heart rate and blood pressure increase. This is primarily where you do most of your dreaming.

Research has shown that far from being unimportant, dreaming is vital to good mental health. It seems to be where your mind processes the events of the previous day and lack of REM sleep is associated with depression, anxiety disorders and other serious mental illnesses.

You really need your REM sleep if you want to feel your best the next day. Since REM happens at the end of a sleep cycle, getting only a few hours of rest in a night can mean we miss out on this vital phase.

Did you know that sleeping can help with low leptin levels?

Why is Sleep so Important? – 7 Negative Effects of Lack of Sleep

While there is likely to be many more health problems that could be associated with insomnia, here are seven good reasons to turn of the TV, get to bed a bit earlier and get some more sleep.

1. Lack of Sleep Slows Down Your Mind

Even just one night of insufficient sleep can heavily impact on your alertness, attention span, concentration and problem solving capabilities the next day. People who regularly do not get enough sleep, particularly when they’re young, could be negatively affecting their intelligence levels and overall mental development.

Research has shown that issues with sleeping leads to more injuries on the job and a higher chance of traffic accidents. So when you don’t get enough rest and you drive the next day, you’re not just a risk to yourself, but to others as well.

Being tired behind the wheel can be just as dangerous as being drunk and the US National Highway Traffic Safety Administration estimates that driver fatigue is the cause or significant factor in more than 100,000 car crashes and in over 1,500 road related deaths a year.

People suffering from insomnia are considered to have a significantly higher risk of cardiovascular disease, stroke and heart attack. In fact, a recent study published in the European Heart Journal found that those experiencing trouble falling asleep, problems staying asleep and not waking up feeling rested in the morning are three times more likely to develop heart failure over an 11 year period.

Diabetes has also been strongly linked to insomnia and lack of sleep. Though there is a valid question to be raised as to whether the prediabetic condition could be contributing to sleeplessness in the first place. It’s very important to visit a doctor and have the simple test if you experience extreme thirst, regular tingling in your hands and feet, blurred vision or constant fatigue, even after a good night’s rest, as these are possible indicators of diabetes.

4. Missing out on Sleep Can Make You Fat

Regularly sleeping less than six hours a night has been shown to increase hunger and appetite, particularly for high carbohydrate foods that promote excessive insulin secretion and lead to body fat storage.

One study found that those who slept less than six hours regularly were nearly 30% more likely to become obese than those who slept between seven and nine hours. Interestingly, after nine hours the benefits of sleep are actually reversed in the weight loss area so this may be an indication of the optimal resting time.

Most of us know that we don’t look our best after a very late night, but sleeplessness can have longer-term aging affects as well. When we are tired we tend to run on cortisol, the stress hormone. High levels of cortisol have been shown to break down the collagen proteins that ‘glue’ your skin cells together, leading to fine lines, poor tone and wrinkles.

Deep sleep is also needed to repair your skin and release optimal amounts of human growth hormone which affects, amongst other things, the firmness of your skin and the tone of the muscles underneath it.

During sleep the things you’ve learnt and the experiences you’ve had during the day are believed to be organized in your mind properly for future access. If you don’t get enough sleep tonight you may have trouble remembering clearly what you experienced today in the near future.

Insomnia is also linked to developing depression. Some research has found that people who regularly reported an inability to sleep were five times more likely to develop symptoms of depression. There is again a question as to whether depression led to the sleep loss or vice versa. Regardless, getting a good amount of sleep is considered vital in treating depression effectively.

7 Positive Benefits of 7 to 9 Hours Sleep a Night

Ditch the coffee first thing and just get a good night’s sleep. Waking up properly rested will greatly increase your energy levels, alertness and ability to concentrate.

In a related benefit of sleep, a well rested body generally produces less of the stress hormones cortisol and adrenaline.

Sleep at the end of the day is also needed to reduce cortisol levels with other hormones like serotonin. This makes getting to bed doubly important for minimizing stress in your life.

Your immune system that deals with invading pathogens and problems within your body needs proper sleep to work efficiently. Insomnia can heavily depress the immune system and leave a person vulnerable to various diseases and longer-term health problems. Conversely, extra sleep can help you recover from illness more quickly.

During sleep your body repairs itself from all the damaging dietary and environmental pollutants that our modern world exposes it to each day. At a cellular level you’ll start to run less efficiently the longer you go without proper rest.

While your performance will probably suffer in areas where you need to use your brain, like tests or complex work projects, if you don’t get enough sleep, the opposite is true when you do.

A full night’s sleep organizes and makes connections within your mind to the information you received during the day. If you have a big test the next day probably the worst thing you could do is stay up all night studying for it as you’ll be unlikely to remember it well. To be at your best, do your main studying earlier in the week and get an early night before an exam or an important day at work.

Getting to bed a bit earlier and getting a good night’s sleep can balance out the hormone fluctuations that provoke appetite. In fact, having proper rest is one of the best things you can do for losing weight. By ditching late-night TV, you’ll also have the added benefit of dodging one of those diet destroying late-night junk food binges as well.

Sleeping allows your brain time to get back into balance all of the necessary chemicals and hormones that affect your mental clarity, mood and emotions and are so important for being calm, relaxed and happy.

With lack of sleep so strongly associated with depression and mental illness, it’s not hard to see how getting an early night and some deep sleep can lead to a better day tomorrow.

The current best estimates for the ideal amount of sleep are between seven and nine hours. Under six hours a night is linked to significant health issues and conversely, going over nine hours regularly also increases the risk of heart disease, diabetes and other problems.

I personally find around seven hours best for me most of the year. In winter it’s closer to eight where it’s normal to sleep a little longer.

Going to bed earlier seems to be better as your cortisol levels are normally at their lowest by 11pm and it’s easiest to get to sleep before then. You actually want to be already in bed and asleep by this time to benefit from this natural rhythm of your body’s chemistry.

Ideally, go to bed around the same time and wake up without an alarm clock in the morning. Once you get into a good rhythm this will happen naturally, but until then you might want to set it as a backup for work, but try and get up naturally without it if you can.

Just a week or two of better sleep can make a massive difference to so many different elements of your life. Isn’t that worth skipping the late night TV repeats and waking up early enough to start off your day with plenty of time and relaxed? I think you’ll like the difference.

I hope this page has illustrated just why is sleep so important and how many areas of your life it impacts upon. Coming up next is some help with improving your sleeping environment and 5 specific things you can do to help you get a good night’s rest.

3 thoughts on “Why is Sleep so Important to Your Physical and Mental Health?”