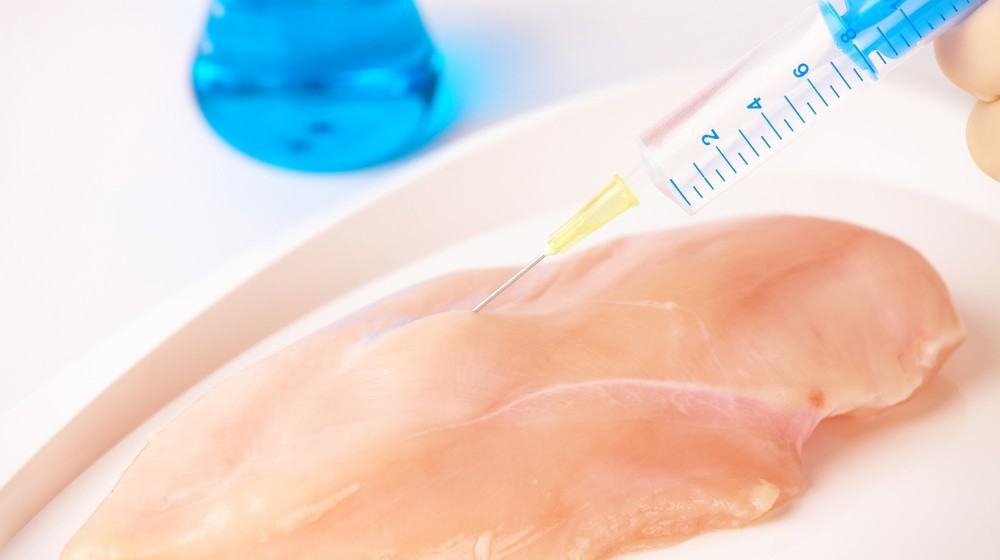 Over-prescription of antibiotics is a dangerous and ineffective practice that can lead to a disrupted intestinal environment that promotes diseases like candida overgrowth. But there is another more indirect way that they can get into your system that is much harder to avoid: antibiotics in food as a result of their extensive use in farm animal production.

Many health experts believe that the overuse of antibiotics is leading to a new generation of resistant superbugs that are largely untreatable by conventional pharmaceuticals. The thread is so serious that the UK government is actively trying to educate the public and its doctors and nurses against prescribing antibiotics indiscriminately. Especially for viral infections like the common cold and flu where they just don’t work.

There is however, another more insidious source of antibiotics in the food chain – the staggering amount of them used in farm animal production.

It’s estimated that over 80% of the antibiotics produced in the USA are used by meat and poultry farmers. Large-scale farms routinely feed their animals antibiotics in an attempt to prevent diseases in the heavily overcrowded and unsanitary conditions they are kept in.

Many health organizations, including the American Public Health Association, Infectious Disease Society of America and the World Health Organization have been trying to limit the routine use of antibiotics in recent decades, but the meat and poultry industry has so far refused to budge.

The biggest concern these health organizations and researchers have is the sharp rise in recent years in extremely difficult to treat and even fatal superbugs in the human population.

These consequences include infections that would not have otherwise occurred, increased frequency of treatment failures (in some cases death) and increased severity of infections.”

Infections that are resistant to conventional antibiotics now kill more people in the US than AIDS and cost the health care system around 20 billion dollars a year. Yet still more and more antibiotics are being feed to farm animals. This is not so much to treat diseases, but because they are being kept in such appalling conditions that those running these large scale farms know that infections are likely.

Why Farm Animals True Antibiotic Exposure Is Probably Much Higher

The dose of antibiotics received by the animal that your beef, pork or chicken came from is actually probably much higher than the figures the meat and poultry industry are giving to the FDA. This is because there is a second source of antibiotics for farm animals in America in the form of antibiotic residue that comes from the food they are fed.

Corn mash is a byproduct of the growing industry of ethanol fuel production. When ethanol is manufactured from corn large amounts of bacteria are created. To control this, the producers dump antibiotics into the mix.

Once the ethanol is extracted the leftover corn mash, with its residue antibiotics, is shipped off as cattle, pig and chicken feed. So farm animals are getting a double dose of antibiotics. And since those used in ethanol production are unregulated, we don’t really have any idea what kind of effect all of this long-term antibiotic consumption is having on them and how much of it they are transferring to us.

Most of the focus in the debate about antibiotics in food production has been on the creation of mutated, drug-resistant superbugs that could have a devastating effect on the human population. But could antibiotic residue in the meat we eat be causing health problems as well?

A study by the University of Copenhagen found antibiotic residues in sausage meat targets beneficial bacteria and could be behind outbreaks of bacterial infections that are attributed to processed meat. What eating these meats, with their antibiotic residue does to our vital intestinal bacteria, on which our immune system relies so heavily, is much harder to measure.

Another common source of antibiotics in our food is the prevalence of residues in cow’s milk. Cattle feeding lots for milk production use the same ethanol derived corn mash and treat the animals with the same antibiotics.

There is supposed to be a withdrawal period from direct drug administration to the animals before milking, but the amount of antibiotic violations being found is finally forcing the FDA to start testing milk more thoroughly (though as always, the results will be a long time coming and a compromise with the industry will be likely to be more important than consumer health).

How Do You Avoid Antibiotic Residues in Milk and Meat?

If you’re eating regular cheap meats from your supermarket, like chicken, pork or beef, there’s a good chance it contains traces of antibiotics, along with various hormones and other chemicals injected into the animals or added to their food to speed up their growth and fattening.

Most dairy milk is a risk too since the milk is sourced from hundreds, possibly thousands of cattle and all mixed together before being bottled and distributed.

The best way to avoid antibiotic residue in your food would be to buy organic, grass fed meats and milk. Organic farmers are prohibited from using antibiotics in meat or milk production and animals raised eating grass rather than corn waste produce a much healthier milk and meat.

Yes it’s likely to be a bit more expensive. The decision you make will come down to what kind of price you put on your health, and possibly the future health of your children.

Ultimately producers are eventually forced to follow consumers. As more and more of us start demanding the higher quality organic products, more farmers will switch to these methods, prices will start to come down and hopefully the dangerous practice of feeding antibiotics to farm animals can be phased out for good.

0 thoughts on “The Dangers of Antibiotics in Food”