The Fukushima nuclear disaster, following the tragic earthquake and tsunami of March 11th, 2011, has released an unprecedented amount of water contaminated with radioactive isotopes into the Pacific Ocean. The question I was interested in answering with this article is whether fish is safe to eat after the Fukushima disaster, particularly fish caught off the West Coast of the United States.

Recent testing has indeed found higher levels of radioactive cesium-137, a known contaminant from the Fukushima disaster, in 15 out of 15 bluefin tuna caught in California.

These bluefin tuna are believed to have spawned in the waters off the coast of Japan, after the Fukushima radioactive water leaks, and swam across the ocean to the West Coast of America. While the level of cesium-137 detected is being reported as too low to be dangerous, I personally find the comparison with the natural radiation in a banana to be misleading.

We also don’t really know just how much contaminated water has already leaked into the Pacific Ocean. The inept Tokyo Electric Power Company has seemed far more interested in covering up the radiation contamination problem than pulling out all stops to find the best solution.

In fact, despite recently admitting that 300 tons of highly radioactive water was released from a holding tank at Fukushima, it’s been reported that the contaminated water is leaking out all over the site and likely has been from the beginning of the disaster. 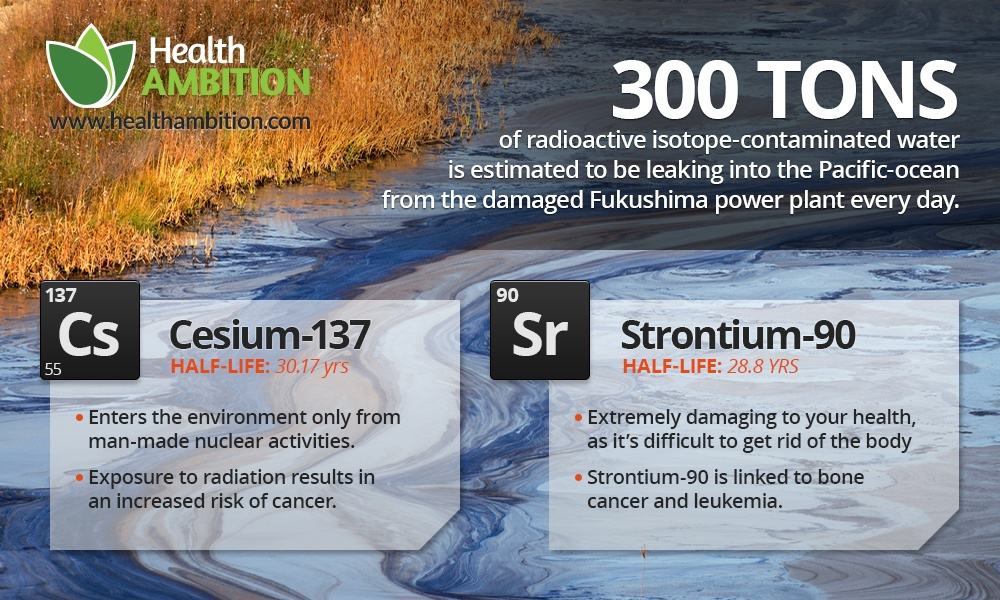 Of particular concern is the radioactive isotope strontium-90, which is now being found at 30 times the levels of cesium in the groundwater leeching into the sea from beneath Fukushima at an estimated 70,000 to 80,000 gallons a day.

Strontium-90 is considered much more damaging and cancer-causing than cesium as it tends to accumulate in the bones and is difficult to get rid of in the body.

It’s new revelations like this that have recently prompted South Korea to ban fish imports from Japan’s Fukushima region. Perhaps the fact people were buying Fukushima fish prior to the ban is actually more surprising.

So is fish safe to eat after Fukushima? Despite the seemingly large amounts of radioactive water leaking to the Pacific Ocean, it’s such an incredibly massive body of water that it’s possible that the radiation from the 2011 Fukushima disaster hasn’t even reached most of the West Coast of the United States yet, and may be so diluted by the time it does as to not pose a significant threat. 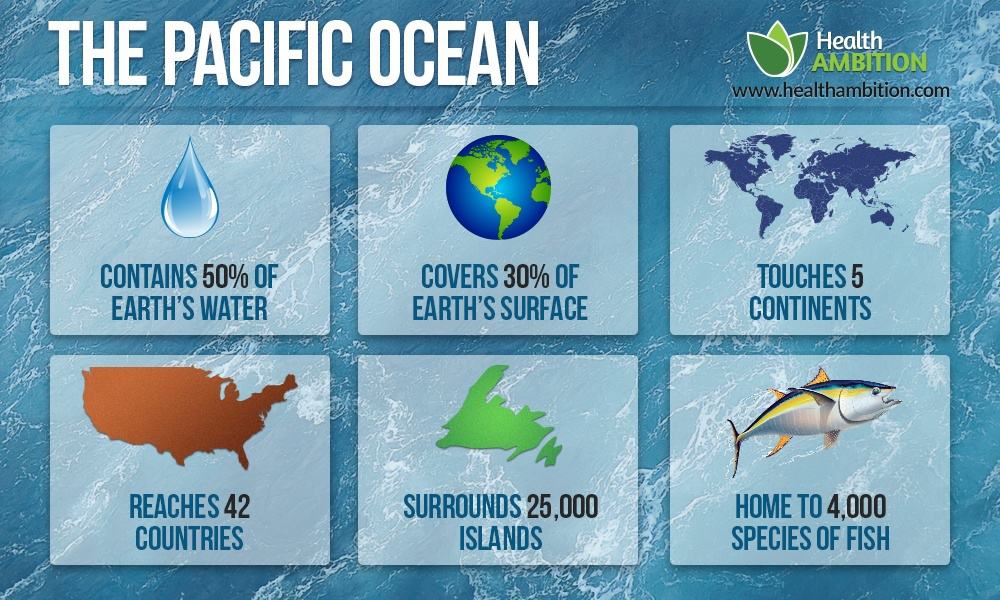 On the other hand, it has been revealed this month that some radiation has reached northern Alaska and is projected as being in the vicinity of what was seen in the 1960s due to nuclear testing.

There’s also a reasonable argument to be made that there’s no such thing as ‘safe’ levels of radioactive strontium-90 or and cesium-137. With a large enough area of impact, which the Fukushima nuclear disaster definitely qualifies as, there will almost certainly be serious health consequences.

More concerning for scientists is that very little monitoring is being done on the levels of contamination in the Pacific Ocean and its effect on the levels of radiation in seafood, particularly in larger predatory fish like tuna and swordfish that tend to accumulate more toxins.

Without adequate testing, especially given we really have no idea how much radioactive water has leaked, and is still leaking from Fukushima, all anyone can really provide is an educated guess as to whether it’s safe to eat Pacific Ocean fish.

From all I’ve read, I tend to agree with Dr. Suzuki that fish caught on the US West Coast is likely to be relatively safe to eat, for now.

In coming years, especially with radioactive water levels and America’s West Coast estimated to reach 10 times that of the waters off Japan within a decade, I do wonder if this will continue be to be the case.

Unfortunately, the effects of this terrible nuclear disaster seem likely to impact on people’s health for many years to come.

0 thoughts on “Is Fish Safe to Eat After Fukushima?”