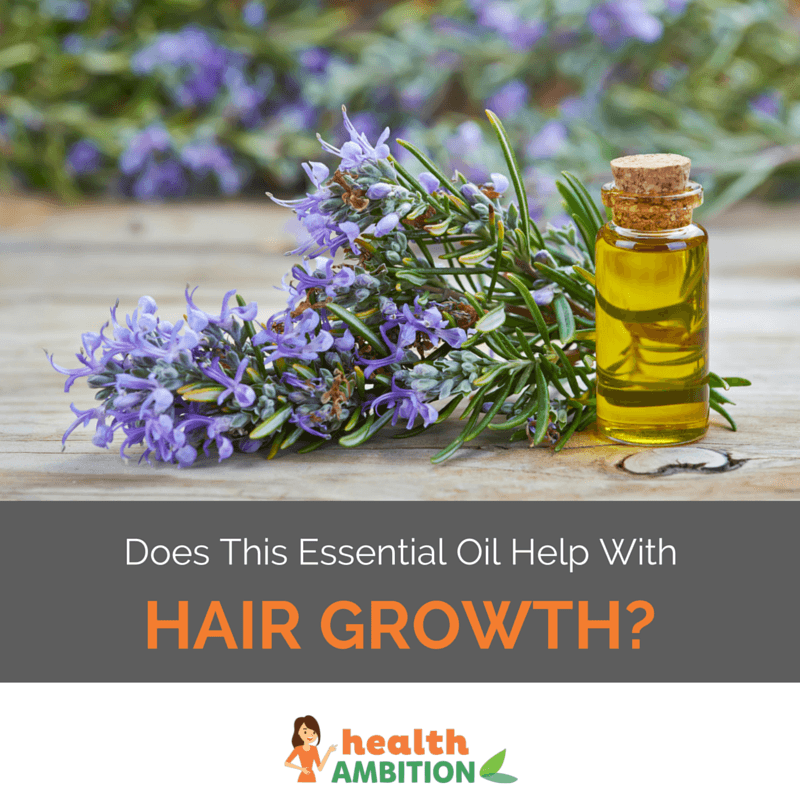 Most of us know rosemary as that herb that tastes delicious with sea salt on your roast dinner. However, it has just much more to offer than just a seasoning.

Rosemary has been used traditionally for everything from digestion problems, to memory loss and even toothache. It’s also said to promote hair growth, but is there any truth to this?

I’ve checked out the science behind this claim in order to answer the question “Can you use rosemary oil for hair growth?”. Read on to find out more.

What is Rosemary Oil?

Rosemary oil is extracted from the herb Rosmarinus officinalis, i.e. rosemary. The rosemary plant is native to Mediterranean countries. It is a perennial, evergreen herb with needle-shaped leaves and white, pink, purple or blue flowers. (source)

Rosemary oil is produced by steam distillation of the plant’s leaves. (source) The scent is similar to that of the dried herb.

A Solution for Hair Growth

Losing 50 to 100 hairs throughout the day is normal.. However, for many of us, patchy and thinning hair will become a source of stress and embarrassment.

Whatever the reason for our thinning locks, we are eager to find a miracle cure – something that will increase hair growth. If it’s natural, even better.

Commercial products claiming to stimulate hair growth are plentiful and pricey. Evidence supporting their results can be sketchy or nonexistent.

We also worry about side-effects as your scalp is a gateway to your bloodstream. Anything you apply to your scalp can be readily absorbed into your whole system. I don’t know about you, but I prefer to stick to remedies close to nature where possible.

The Basics of Hair Loss

There are numerous reasons why your hair can thin and fall out. Much like your skin, any upset or anxiety can show up on your hair. Severe stress can cause hair to fall out overnight.

Some other factors are hormonal changes, genetics, poor nutrition, alopecia and age-related receding hairline. Regular use of chemicals such as hair dyes, shampoos and conditioners dry your hair making it brittle and weak – leading to hair loss.

Quick Fact: Forty percent of women have visible hair loss by the time they are age 40. (source)

Microcapillaries are some of the smallest blood vessels in your body. Like your larger vessels, they transport blood to and from the heart. 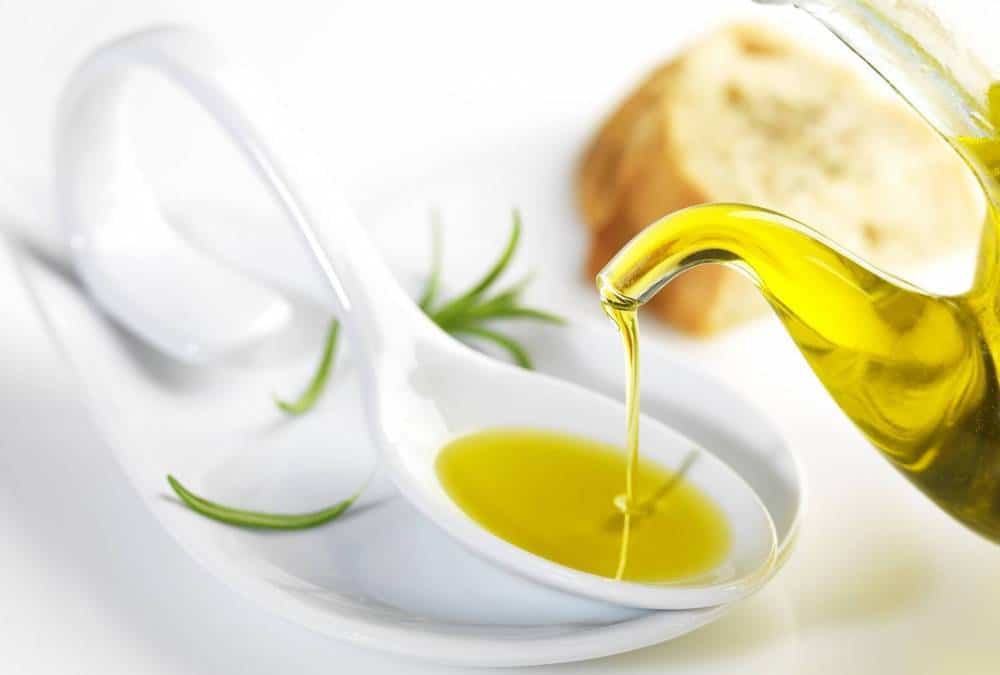 Good perfusion means good blood flow. Your blood delivers oxygen and nutrients to your organs and take away waste.

In the case of your hair follicles, enhanced microcapillary perfusion (try saying that 10 times fast…) leads to healthy hair. Much like a well-watered and fertilized plant, your hair will grow more quickly and in better condition.

A Study of Rosemary Oil in Humans

There are a couple of studies relating to rosemary oil and hair growth. One of the most definitive was done on patients suffering from androgenic alopecia.

Androgenic alopecia is also known as “male pattern baldness” but can occur in men and women. (source)

The randomized, comparative trial pitted rosemary oil against the drug minoxidil at 2% strength. You might know minoxidil as Rogaine. Minoxidil works in a similar way to rosemary, improving blood perfusion to the hair follicles.

50 patients were assigned to two groups. One group applied rosemary oil to the scalp and the other applied minoxidil. They did this for 6 months.

Their progress was monitored at the clinic every 3 months. There was no change in either group after 3 months.

The Outcome of the Study

At the 6-month mark, both groups experienced a significant increase in hair count. The results were essentially the same for the drug and rosemary oil groups. Rosemary oil caused less itching than minoxidil. (source)

This is a pretty amazing result. When you look at the price difference between rosemary oil and medicated hair loss products with minoxidil – it speaks for itself. The side-effect profile is much better for rosemary too.

Another study was carried out on lab mice with androgenic alopecia. An extract of rosemary leaf was applied daily and was found to improve hair regrowth.

This group had another theory for the reason behind rosemary’s success, however. They suggested that it interferes with the complex process of steroid metabolism.

To put this in layman’s terms, it dampens down the effects of testosterone, which is recognized as “one of the most effective strategies for the treatment of androgenic alopecia”.

Something we don’t usually think of when it comes to hair loss is bacterial or fungal infection. Some examples of types of infection causing hair loss can be found here.

How badly these infections affect your hair depends on the microbe involved. Some can cause permanent damage, others won’t do much more than give you dandruff.If your case isn’t too severe, rosemary oil may be useful.

It has activity against various strains of bacteria and fungus. In one case, this powerful little plant literally bursts the fungal cell, killing it. (source)

Rosemary Oil as an Antimicrobial

Rosemary oil can fight candida albicans – i.e. the fungus causing oral thrush. Other essential oils may be more effective (cinnamon, laurel, mint and eucalyptus were the winners in this study)

Bacteria are vulnerable to rosemary too – this study showed that rosemary oil has antibacterial effects against a number of different strains.

Another study pitted it against 6 strains of particularly nasty bacteria, including Staphylococcus aureus, Pseudomonas aeruginosa and Escherichia coli. Rosemary came up on top again. It’s suggested that it may even be useful in drug-resistant strains. (source)

In fact, there are so many studies illustrating the efficacy of rosemary oil against bacteria and fungus that I’m not going to bore you all by discussing them here.

If you’ve got a healthy head of hair, rosemary oil could still be of benefit to you.

An in-depth scientific review of the plant’s medical activity suggested that rubbing rosemary oil into the hair may prevent premature baldness (source).

How to Use Rosemary Oil For Hair Growth 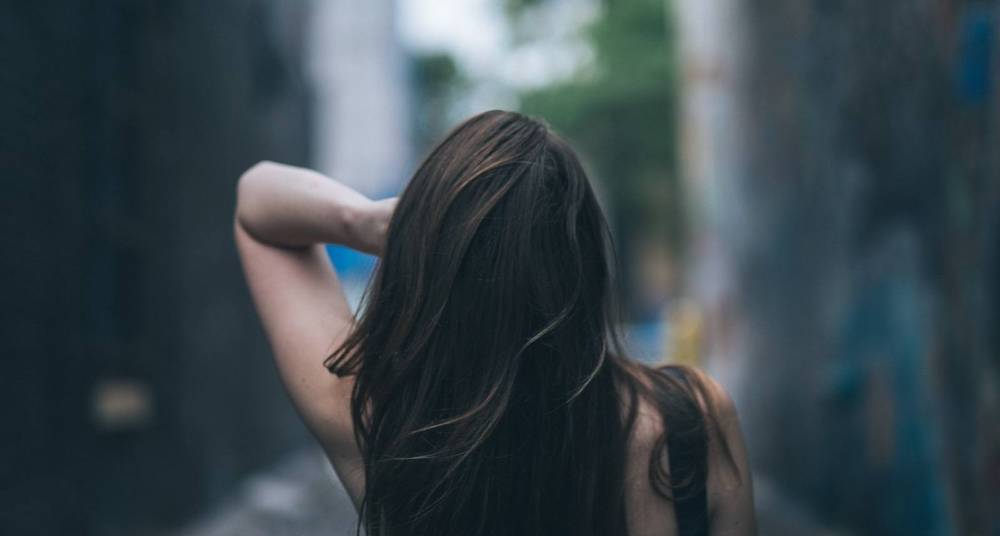 If you want to use rosemary oil at home for hair growth, there are a few different ways to go about it. You may feel that more oil will give faster and better results but undiluted rosemary oil can irritate the skin.

Always dilute rosemary oil before applying it to the scalp and never consume it orally. Here are some ideas on how to use rosemary oil for hair growth:

If you are suffering from thinning hair or bald patches, you need to use a gentle shampoo. Personally, I recommend this shampoo by Majestic.

Squeeze a tablespoon of shampoo onto your hand and add 1 or 2 drops of rosemary oil. After you’ve tried rosemary oil shampoo a few times you can mix it into the whole bottle.

Wash your hair as normal with this mix and repeat daily for best results.

The longer you can leave the rosemary oil in contact with your scalp, the better. It will really get deep in there into your follicles.

Massage this generously into your scalp for around 5 minutes (this precious little tool stops my fingers from hurting!). You don’t have to put it on the rest of your hair.

Cover your hair with a shower cap and wrap a towel on top of that. The heat will increase absorption even more.

Leave for 30 minutes and then shampoo as normal. You might need to wash it twice to get the oil out. You can do this treatment weekly.

Massaging your scalp with rosemary oil gives a double-whammy for hair growth. The action of rubbing your skin stimulates blood flow, and the oil itself acts on the scalp.

Use the same mixture of essential oil and carrier as mentioned in the hair mask and convince someone to give you a relaxing head massage. If you’re feeling extravagant, you can even for a professional to do this. If not, do it yourself!

We’ve already seen that rosemary can hold its ground when it goes up against medicated hair loss treatments. There some other factors to consider when choosing between conventional products and rosemary essential oil. 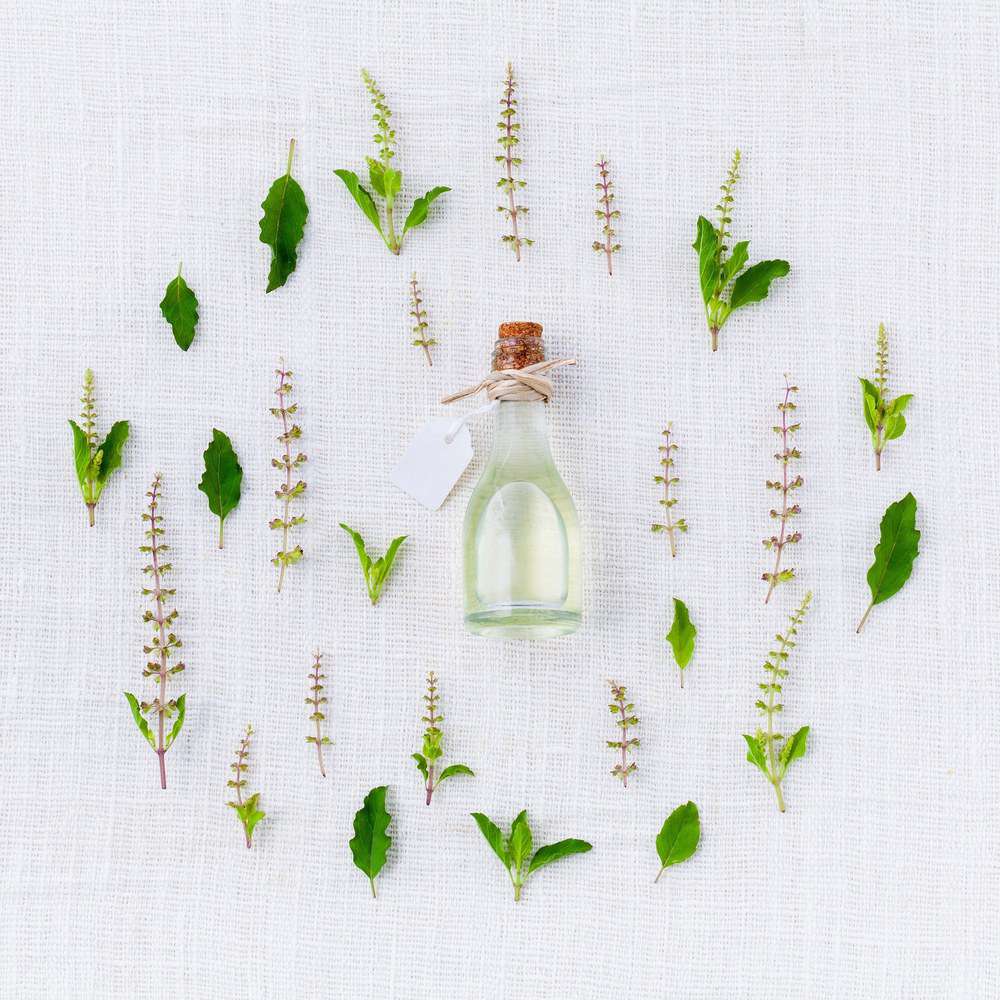 With most medicated hair loss products, you will need to keep using them indefinitely or your hair will start to thin again. That’s a nice stable income for the drug companies, eh?

We can presume that the same applies to rosemary essential oil but the latter will be much easier on your wallet as the years go on. (source)

Almost every medicine has side effects. This goes for natural remedies too. However, the list of symptoms is much shorter when it comes to rosemary essential oil. It can cause mild scalp irritation and itching but diluting it should lessen the effect.

Commercial products, on the other hand, have been associated with rapid heart rate, diminished sex drive and an increased risk of prostate cancer. (source) To be honest, I’d rather be bald than risk getting cancer, thank you very much.

Which Type of Rosemary Oil is Best?

Not all essential oils are created equal. In fact, there are even some fakes out there. The University of Minnesota gave some pointers on picking quality essential oils here.

There are a few different varieties of rosemary oil which vary significantly in chemical make-up. (source) However, most of rosemary’s health benefits have not been attributed to a single compound so it’s hard to pick and choose.

In my opinion, as long as you choose a 100% pure, undiluted rosemary oil like this one, you will get the benefits I’ve described.

Never take rosemary essential oil by mouth. It is not safe and can cause vomiting, uterine bleeding, kidney irritation and allergic reactions.

Do not use rosemary essential oil if you are pregnant or breastfeeding. Not enough is known about what effects it might have so better to be safe than sorry.

If you are allergic to aspirin, rosemary might cause a reaction as it contains a chemical called salicylate which is similar in structure to aspirin.

If you have a bleeding disorder or take medicines for blood thinning, you must stay away from rosemary oil. Rosemary oil can thin the blood.If you suffer from seizures or high blood pressure, you should also avoid rosemary.

If you have any ongoing health condition or take a prescription medicine, check with a healthcare professional before using the oil.

Finally, rosemary oil must always be diluted before applying to the skin. The safest ratio is one drop of essential oil to one tablespoon of carrier oil. Undiluted essential oil can irritate the skin. (source)

Are you impressed with rosemary oil for hair growth? I certainly am. I never imagined that cheap little bottle of essential oil could be as effective as a medicated product.

I love using natural options as much as I can as they have fewer side effects, and rosemary oil is no exception.

I would love to hear how you get on if you try rosemary oil for hair growth. Try one of the techniques above for at least 6 months and let me know your results in the comments. Good luck!