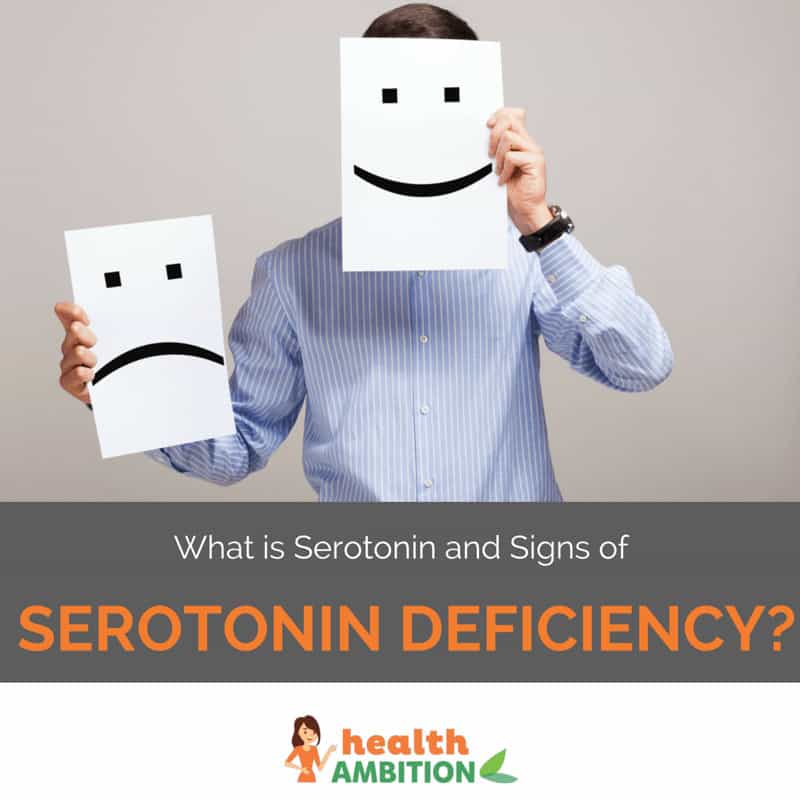 Do you find yourself always looking on the dull side of things? Your days don’t seem bright, nothing excites you. Normal daily tasks are excruciatingly difficult to accomplish. Perhaps things that once brought you joy no longer spark any interest. Maybe life feels even darker than that and you are overcome with depression, anger or a complete loss of interest in life?

If you’re constantly experiencing feelings of sadness and anxiety, you could be affected by a serotonin deficiency.

You may have heard of serotonin and possibly even know it’s somehow linked to depression, but do you know exactly what it is and the role it plays? Today we’re going to find out. What exactly is serotonin and what are the signs of a serotonin deficiency? 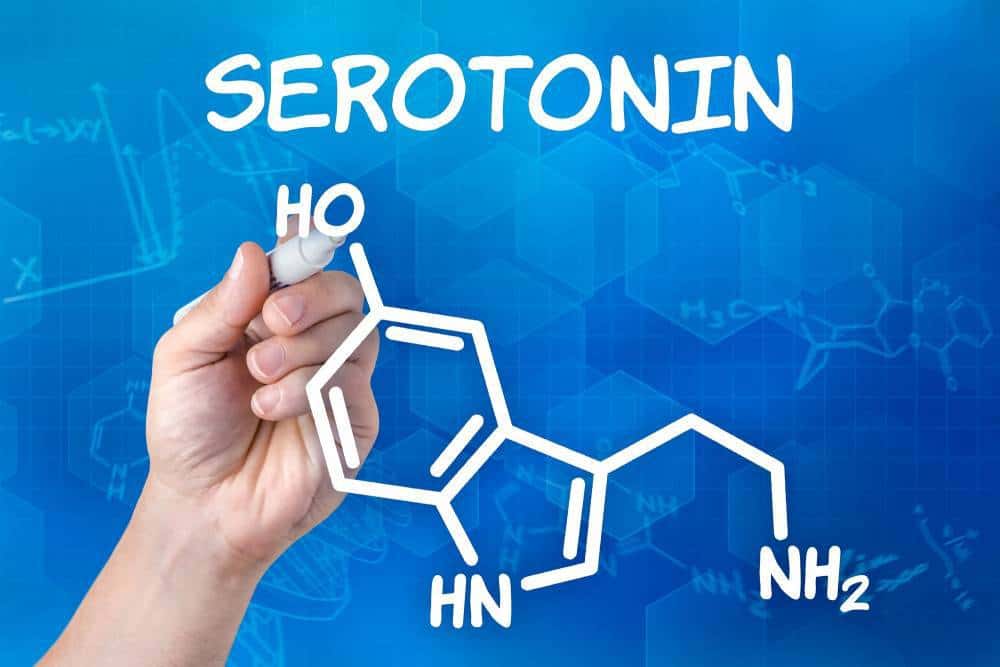 Serotonin is a chemical in the brain that transmits signals between your neurons (brain cells), regulating their intensity. Serotonin is manufactured in the brain and intestines and is responsible for maintaining a positive mood.

Although serotonin is known as a brain signaller, 80-90% of this chemical is actually found in your gastrointestinal tract, also known as your intestines. Interesting, right?

While serotonin can also be found in other places of the body like the central nervous system and in blood platelets, serotonin produced in the brain has to stay there as it’s unable to cross the blood-brain barrier.

If you’d really like to get schooled on the process of serotonin, check out this YouTube video which explains it more clearly than I can!

What Does Serotonin Do?

Serotonin is widely known as a supporter of positive mood. It can also affect your behavior, appetite, digestion, memory, sleep and even sexual arousal.

Since 80-90% of the serotonin in your body is in your gastrointestinal tract you can imagine it plays a very important role in your digestive function and bowel movements. It plays so much of a role that serotonin deficiencies are linked to gastrointestinal disorders such as irritable bowel syndrome.

Why is Serotonin Important?

According to Science Daily, low serotonin has also been linked to other important disorders like attention-deficit hyperactivity disorder (ADHD), bipolar disorder, schizophrenia and sleep disorders. 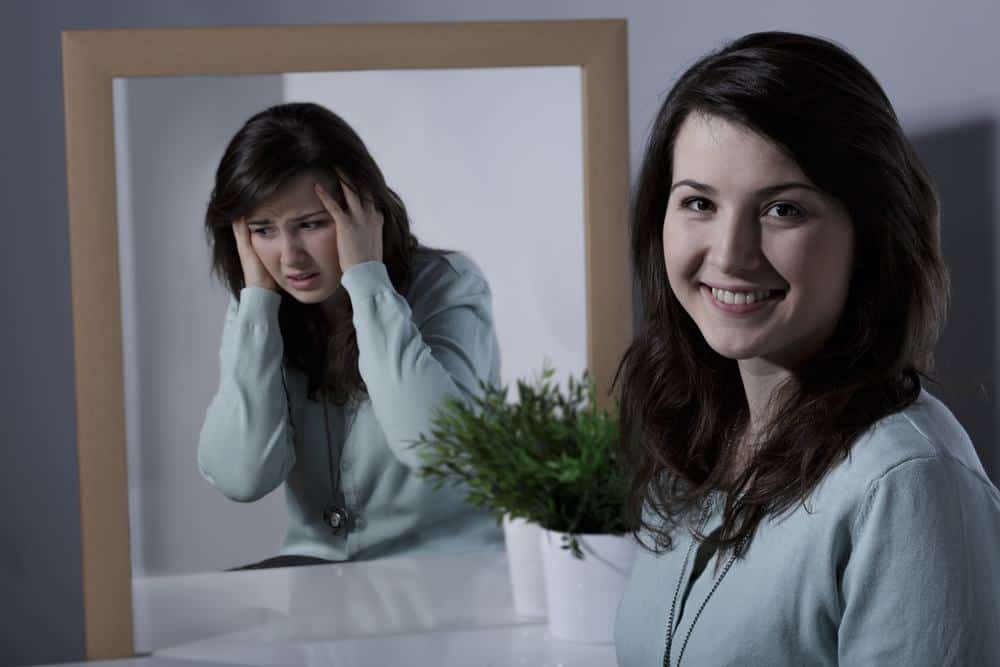 This article goes on to state that “serotonin is a critical modulator of executive function, impulse control, sensory gating, and pro-social behavior.” Sounds pretty important to me.

Serotonin is there to keep your brain and your gut in balance. If your serotonin levels are off, you’re going to run into problems with your gut function as well as your brain. This little chemical has a mighty power over us with its ability to affect how we behave and how our body functions.

Serotonin plays a major role in the formation of blood clots. This chemical is released by your blood platelets when you are wounded. This results in a narrowing of your tiny arteries, also known as arterioles, and helps reduce blood flow and forms blood clots. I didn’t know that serotonin could be such a life-saving little chemical.

When you eat something which irritates your digestive system, extra serotonin is produced in your gut to expedite the transmission time and ultimately release the substance. Unfortunately this comes out in the form of diarrhea. 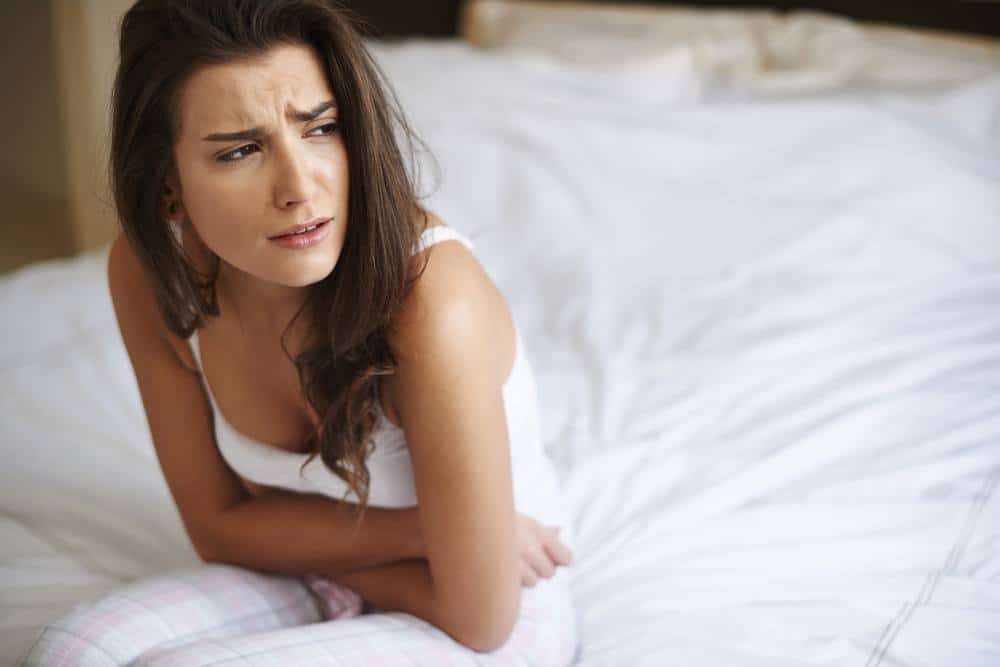 The next time you are struggling with diarrhea on the toilet you can rest-assured your body is working properly to eliminate toxic waste.

Again, with everything in life, moderation is key. If serotonin levels are too high in your bones, it can lead to poor bone density and ultimately osteoporosis.

As you can imagine, making sure your serotonin levels are in check is integral to good health and happiness. This also applies to sexual health. Serotonin is a key chemical for controlling sexual pleasure and libido.

It’s for this reason that antidepressant tablets which alter serotonin levels can often result in erectile dysfunction or inability to achieve orgasm.

What are Signs of Serotonin Deficiency?

There are several ways the low serotonin levels can affect your mind and body. These range from seemingly insignificant signs of serotonin deficiency like insomnia or sugar cravings to more serious effects including depression or thoughts of suicide.

Being mindful of your moods, emotions, habits and cravings can go a long way when trying to pinpoint if your serotonin levels are low. 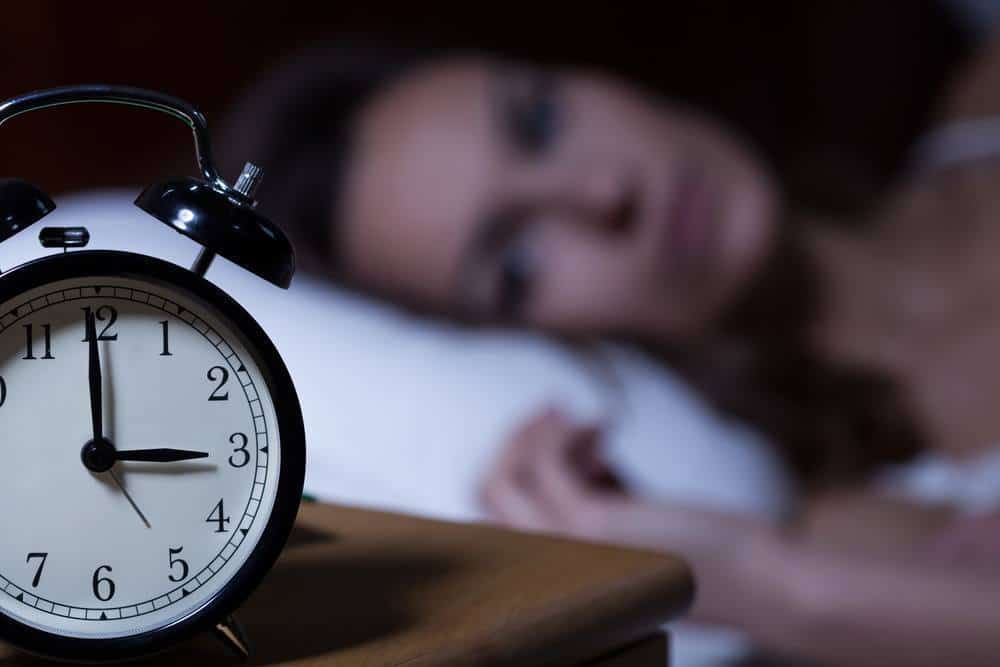 According to this article from Boston University, low serotonin levels may be related to difficulty sleeping. If you find yourself waking several times a night, not being able to go back to sleep or needing to try many different positions in order to get comfortable, you might be dealing with insomnia. 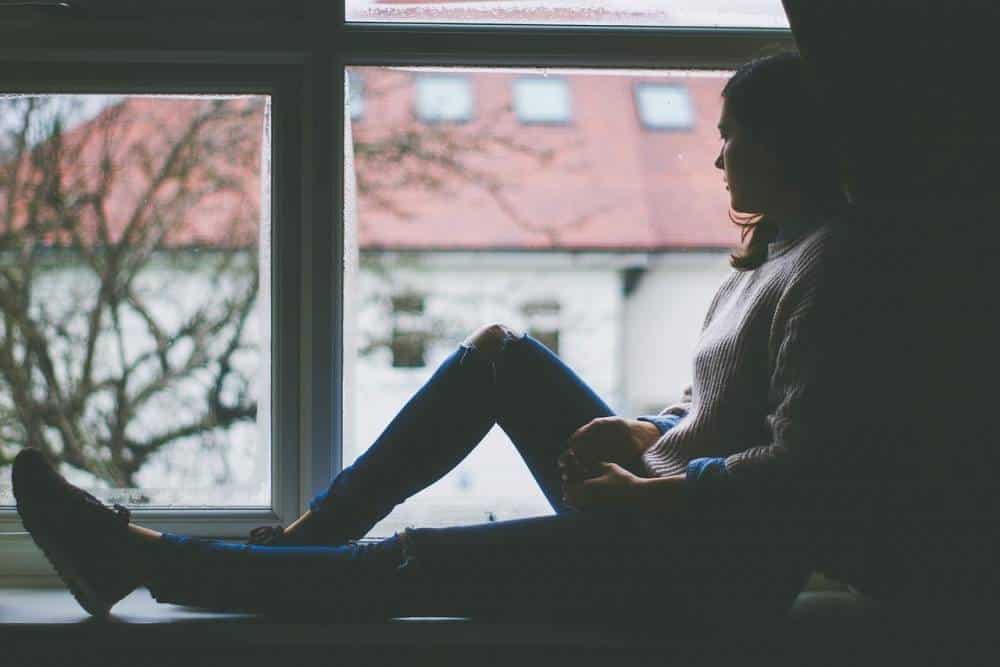 Of course since serotonin can affect your mood, it’s no surprise it has an effect on your mental state and happiness. While most believe serotonin has a lot to do with depression, there are some skeptics. You can read more for yourself on that here.

A serotonin deficiency can cause us to seek out other ways to balance out the chemicals in our brain. For instance, if you are experiencing low serotonin your brain might tell you to seek out substances such as sugar, that can raise your serotonin levels. 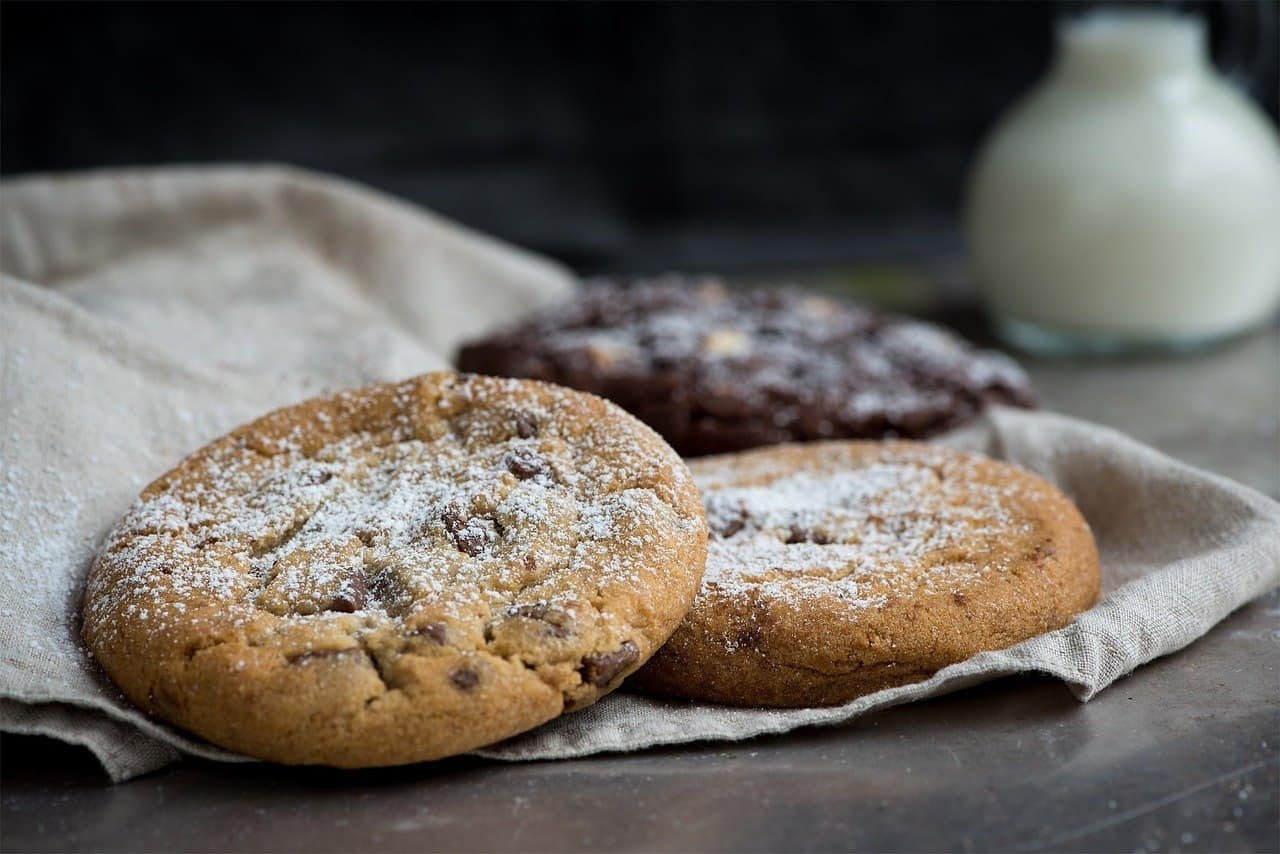 Unfortunately, after a long enough period of time, we become numb to the vicious sugar cycle. This means a normal amount of sugar doesn’t do the trick and we crave more. If you’ve ever gone through a phase where you are eating a high-sugar diet, you’ll remember those mood changes well.

If you frequently experience feelings of low self-esteem you might be struggling with a serotonin deficiency. According to Mental Health Daily, many people who “take serotonergic antidepressants become more confident and social.”

Often people’s first solution to serotonin deficiency is taking medication. There are plenty on the market that your health care professional can provide if needed.

If you’re like me and you prefer to try something natural before resorting to medication, you can rest assured that there are plenty of alternative ways which can help raise your serotonin to more healthy levels.

How to Increase Your Serotonin Levels Naturally

Getting your daily dose of vitamin D is incredibly beneficial for your serotonin levels. Vitamin D in itself is known to relieve symptoms of depression. Sunlight, whether from being outdoors or from light therapy indoors, can help boost your mood. 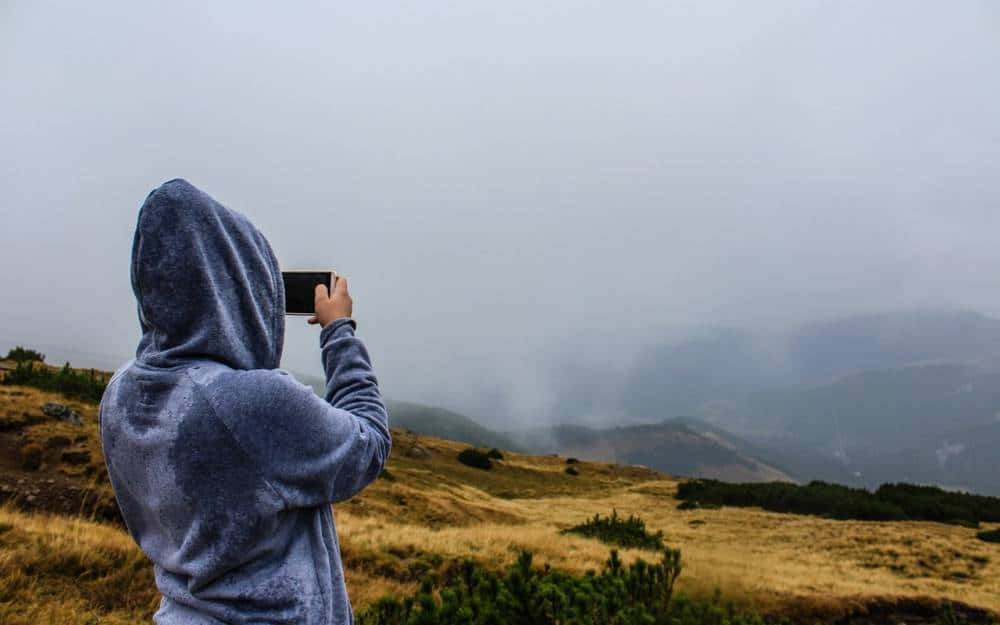 If you work indoors or live in a place with minimal sunlight you’ll definitely want to check out these light therapy options from Amazon. Don’t let yourself get lost in the darkness indoors – figuratively or literally.

Exercise is a huge contributor to more balanced serotonin levels. I’ve discussed time and time again that exercise increases the happy chemicals of our brains. Luckily this includes serotonin. Exercise is known to reduce stress, relieve depression, and increase happiness, stamina and endurance.

Antidepressants can have some pretty serious unwanted side effects. Exercise has nothing but positive side effects for the health of your brain and your body. Of course, if you haven’t exercised much in the past you’ll want to get clearance from your doctor before beginning a new exercise program. 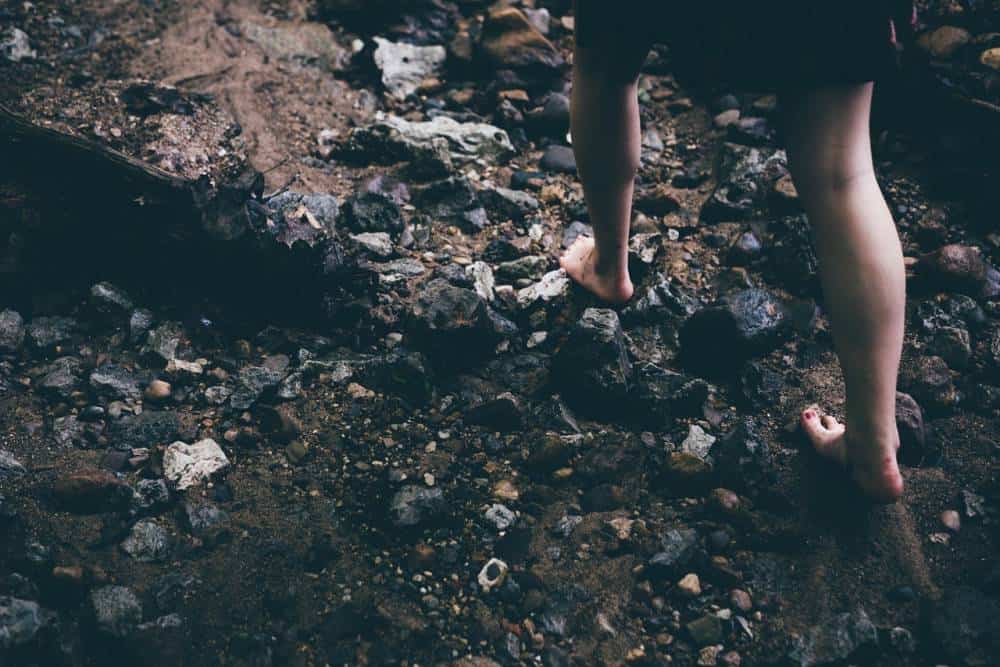 There are plenty of studies that prove exercise helps increase serotonin levels in the brain. That’s why people can get addicted to exercise so easily, because it makes them feel so good. As with anything, moderation is key.

Engaging in 3 to 5 sessions of moderate-intensity exercise per week is a good goal to begin with. Taking 30 minutes to an hour of your time each day to get in some movement will boost your brain chemicals significantly. Heck, if you go outside to exercise you’ll be killing two birds with one stone by getting some vitamin D too!

Healthline tells us that serotonin is created from the amino acid tryptophan. There are many foods that contain this amino acid, so people believe that eating foods high in tryptophan can boost your serotonin levels. However, this isn’t really the case.

Let me explain. The problem with this is that tryptophan has to compete with other amino acids in the foods you ingest. If you are frequently eating foods high in protein, vitamin B6 and riboflavin then you are eating foods with large amounts of amino acids. Tryptophan has to compete with all the others to be absorbed and doesn’t always make it in significant proportions. 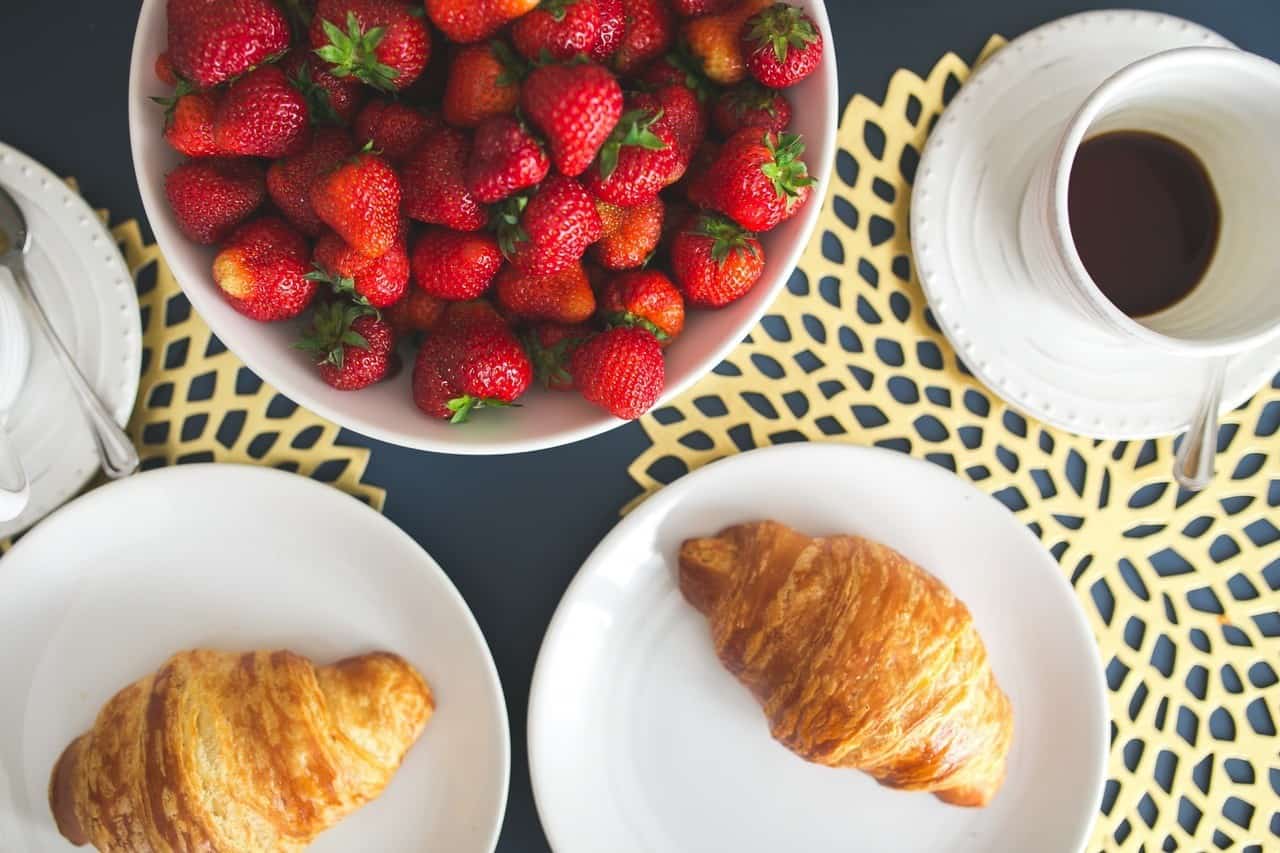 One supposed trick to this situation is eating carbs. Carbs release insulin into your system which promotes the absorption of amino acids into your organs, muscles and heart. This gives tryptophan a better chance of making it through your brain’s barrier.

Eating foods high in tryptophan along with healthy carbohydrates like whole-grain bread or oatmeal will give you the best shot at increasing your serotonin levels. According to Healthline, the following foods are high in tryptophan:

Being mindfully thankful on a daily basis can create a butterfly effect in your brain. There have been many studies done that prove a consistent practice of gratitude can actually improve your mood and your outlook on life.

According to Psychology Today, young adults in one study “showed greater increases in determination, attention, enthusiasm and energy” while keeping a daily gratitude journal. Another study showed that older adults, when keeping a journal just once a week, still improved their optimism.

A third study done by a group of Chinese researchers looked at the combination of gratitude and sleep quality. It was found to positively affect the symptoms of anxiety and depression. 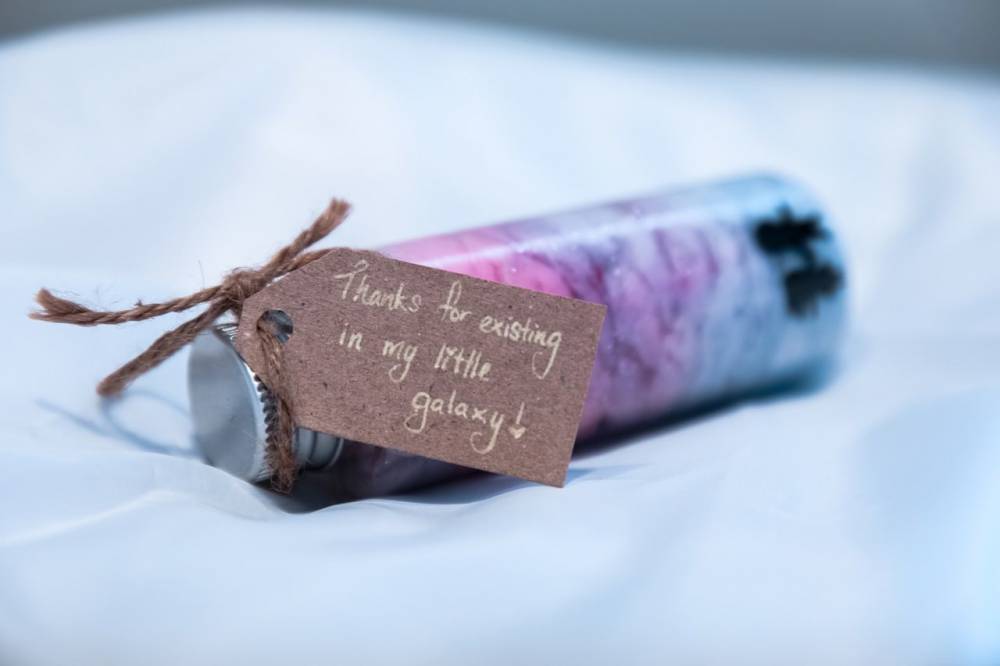 This of course begs the question, is it the gratitude or the sleep that’s improving the symptoms? The researchers dug deeper and found that even when the amount of sleep was controlled, gratitude still had a positive effect.

Psychology Today went on to say that “gratitude had a direct effect on depressive symptoms (the more gratitude, the less depression) and an indirect effect on anxiety (increased gratitude led to improved sleep, which led to lower anxiety).”

Wow! It’s pretty cool that the simple task of mindful, gracious journaling can help relieve your symptoms of anxiety and depression.

Now that I’ve fully explained the causes and solutions for low serotonin, how do you feel? My hope is that you feel a little more hopeful and relieved about your situation.

We learned that serotonin is a neurotransmitter in the brain that is said to have a large effect on your mood, mental health and surprisingly, your gut! Luckily, there are ways you can increase dopamine naturally such as:

Have you ever experienced signs of serotonin deficiency before? What methods did you use to increase those levels? I’d love to hear your story, so please comment below. Remember, Health Ambition is always a judgment free zone.

0 thoughts on “What is Serotonin and Signs of Serotonin Deficiency?”